The day dawned with special prayers for the security, progress and prosperity of the country.An impressive change of guard ceremony, in connection with the birth anniversary celebrations of Quaid-e-Azam Mohammad Ali Jinnah was held at the Mazar of Quaid-e-Azam in Karachi, where Pakistan Military Academy contingent took over the duty. 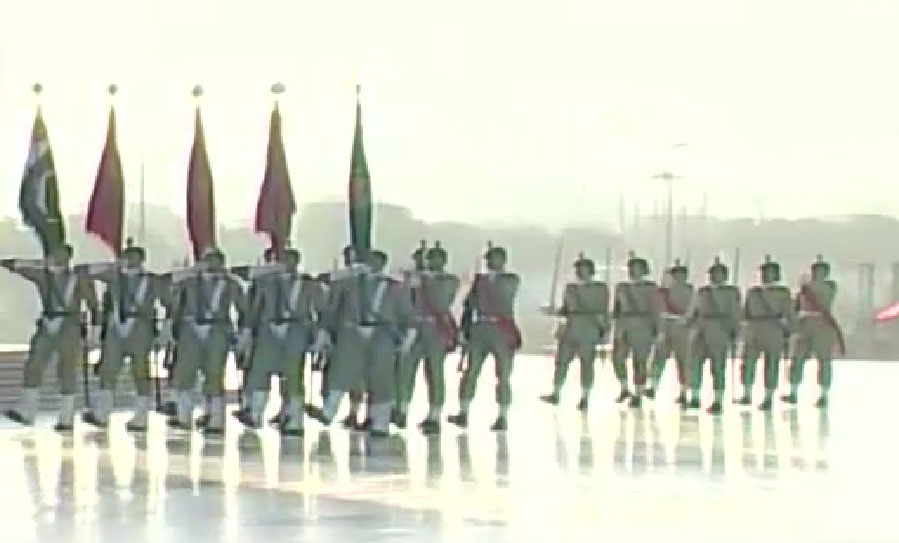 In their separate messages paying tribute to Quaid-i-Azam Muhammad Ali Jinnah, the President and the Prime Minister have urged the nation to follow the footsteps of great Quaid in all walks of life and make Pakistan a strong and prosperous country.

In his message, the President Dr. Arif Alvi said we should reaffirm our commitment to building a state that respects the diversity of its people and provides equal opportunities to its citizens irrespective of their religion, caste, creed or colour.

He said on this day, we must also remember the people of Indian Illegally Occupied Jammu and Kashmir, who are being subjected to the worst kind of state-terrorism for over seven decades.

The Prime Minister Imran Khan in his message said let us live the Quaid’s ideals of Unity, Faith and Discipline with a renewed national spirit so that we make this country rise above all seen and unseen challenges.

He said that Quaid-e-Azam Muhammad Ali Jinnah had a firm faith in God and His Prophet Muhammad (PBUH) which guided him through a long journey comprising of ordeals, deceptions and dejections but culminating in grandeur, décor and eternity.