LAHORE/KARACHI/ISLAMABAD (92 News) – The nation observes golden jubilee of Defense Day on Sunday to pay tributes to martyrs of 1965 war. The day dawned with 31 gun salute in the Federal Capital and 21 gun salute in provincial capitals. After Fajar prayers, special prayers were offered for the progress and prosperity of the nation. One minute silence was observed at 9:29am to pay tribute to martyrs of 1965 war. The aim of observing silence was to convey a message of unity in defending the motherland. This was followed by airing of national anthem by all radio and television networks at 9:30am. Fighter jets of Pakistan Air Force presented a splendid fly-past at a ceremony held in connection with Defense of Pakistan Day at Air Headquarters in Islamabad. President Mamnoon Hussain was the chief guest on the occasion. JF-17 thunder fighter jets, F-16s, Mirage, Super Mashak and Sherdils presented thrilling aerobatic maneuvers amidst the cheers and clapping of spectators. Helicopters of Pakistan Army Aviation also participated in the fly past. Personnel of Special Services Groups displayed a breathtaking show of paratrooping while carrying the national flags. In Sargodha, a ceremony was held to commemorate the Defense Day at the Company Park. Commander Air Commodore Amir Masood participated in the flag hoisting ceremony, in which a large number of civil society and political personalities participated. In Sialkot, a large number of political and civil society participated in a flag hoisting ceremony held in connection with the Defense Day. The participants including Station Commander Sialkot Brigadier Naeem Akhtar, DCO Sialkot and DPO Sialkot paid rich tribute the war heroes. In Peshawar, special ceremonies were organized by the Traffic Wardens in connection with the Defense Day and paid rich tribute to the soldiers of the Pakistan Army. The traffic police wardens held a rally from Aman Chowk Peshawar  to Islamia College Chowk to mark the 50th golden jubilee of Defense Day to pay tributes to the martyrs of 1965 war. Hundreds of vehicles took part in the rally and paid rich tributes to the heroes of the war. On the other hand, special ceremonies held at the Colonel Sher Khan stadium in Peshawar, in which childrens danced won the hearts of the participants. Meanwhile, Prime Minister Nawaz Sharif and Chief of Army Staff General Raheel Sharif visited the grave of martyred Major Aziz Bhatti and laid floral wreath. A special exhibition of military weapons has also been decorated at Lahore’s fortress stadium to mark the 50th anniversary of the 1965 war. 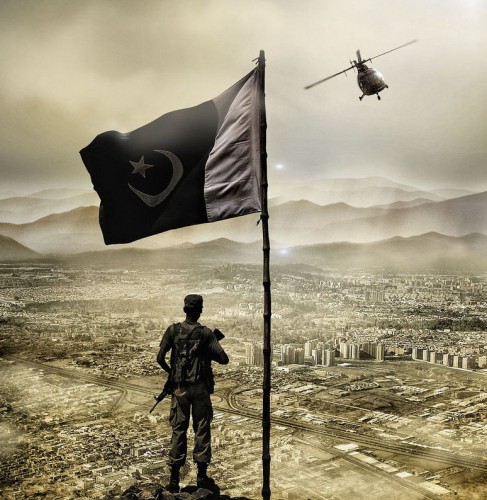 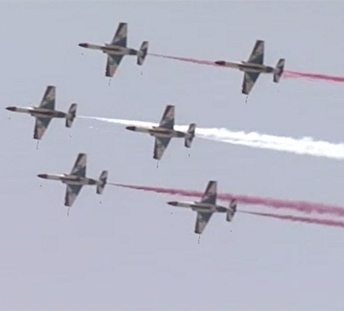 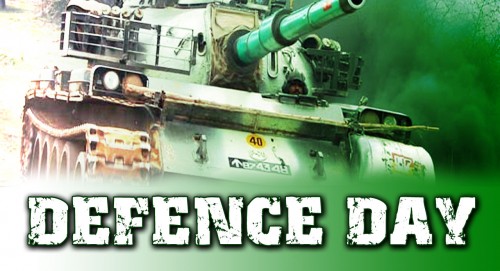