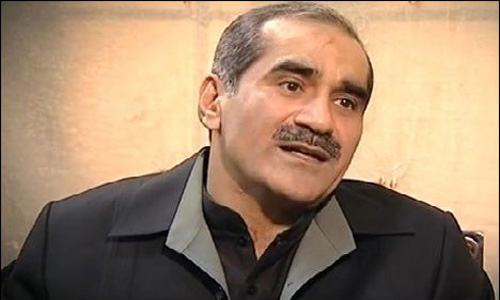 LAHORE (92 News) - Federal Minister for Railways Khawaja Saad Rafique has said that where attacks on churches is terrorism, burning of people alive without any proof and beating of policemen is also terrorism. Talking to the media after signing agreement with the Punjab Urban Unit to computerize the railway lands at Railway Headquarters on Monday, he said that the nation is paying the price for wrong decisions made by undemocratic forces. The minister said that some forces want to ignite sectarian war in the country. Condemning the Youhanabad tragedy, he said that it is tragic to resort to violence and burn unknown people alive. Kh Saad Rafique said that the Punjab Urban Unit in collaboration with the Board of Revenue will computerize the railway lands. “It will point out Qabza groups, change in record and the real record of the railway. No serious effort has been made to protect the railway lands since the creation of Pakistan,” said the minister.