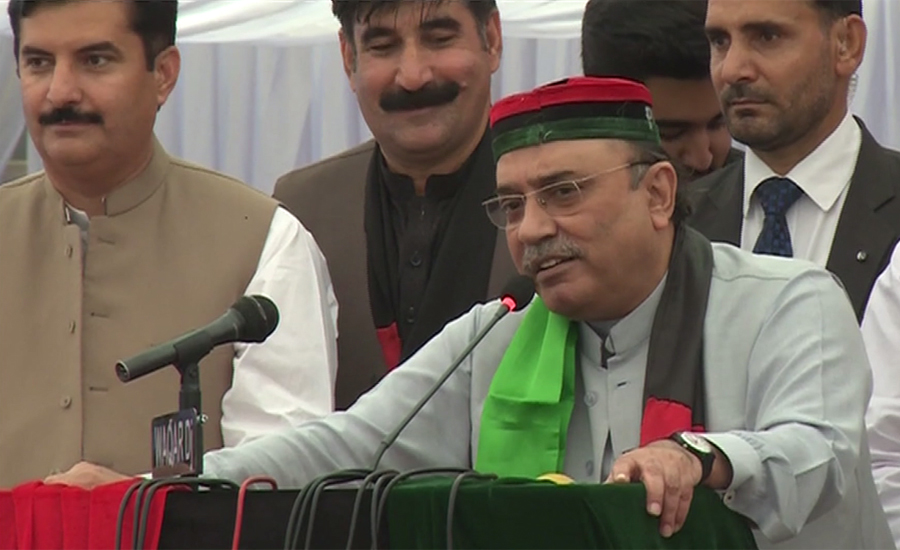 PESHAWAR (92 News) – PPP co-chairman Asif Zardari has said that the nation should not pin hopes on the Nawaz government and they know since day one that it will do nothing.

Addressing a tribal jirga on Monday, he said that the solution to people’s problem lies with the PPP.

“We want the merger of the FATA with Khyber Pakhtunkhwa,” he said.

The PPP co-chairman said that he wanted to make the son of a poor man a minister.

He said that the Captain addresses gatherings by coming out of a drawing room. “The show of all, not only Nawaz, has ended,” he declared.