ISLAMABAD (92 News) - The nation witnessed the Pakistan Day parade after a gap of seven years on Monday. Personnel from all three services – Pakistan Army, Navy and Air Force –participated in the parade. President Mamnoon Hussain, Prime Minister Nawaz Sharif and Chief of Army Staff General Raheel Sharif participated in the impressive parade. Sher Dil Squadron of Pakistan Air Force performed excellent skills in the air. The stunts of F-16 and JF-17 Thunder mesmerized the participants. Addressing the parade, President Mamnoon Hussain said that a strategy has been chalked out for the war against terrorism. “The nation is united and now an end to terrorism is not far.” Mamnoon Hussain said that Pakistan wants peaceful relations with India and resolution of the Kashmir issue through dialogues. The parade, which was regularly held to commemorate the historic Pakistan Resolution on March 23, 1940, was discontinued due to security reasons in 2008. 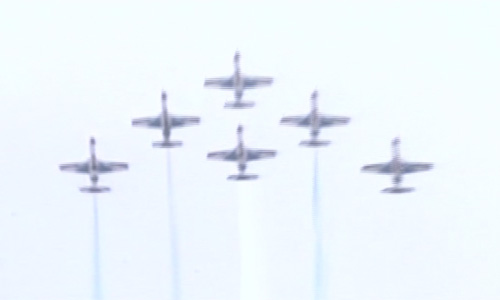 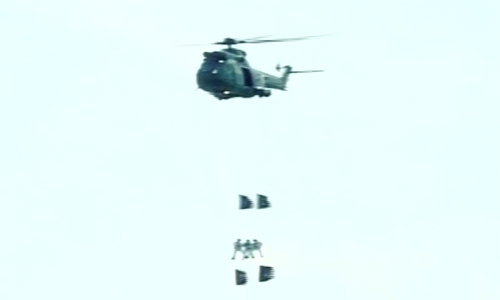