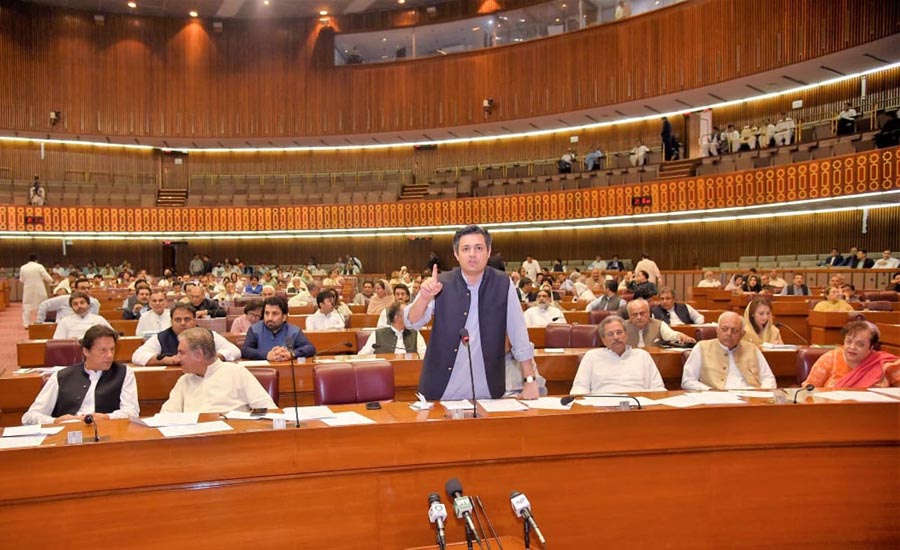 ISLAMABAD (92 News) – The National Assembly on Friday passed the budget for fiscal year 2019-20. During the passage of the bill, 178 members of the treasury and 147 of the opposition were present in the house. Speaking on the floor of the house, Minister of State for Revenue Hammad Azhar said that impression of an increase in the taxes of daily-use items is wrong. He said that the expenditures of PM House had not been increased, but reduced by 32 percent. “We have only imposed tax on the exotic vegetables and fruits. The inflation rate is currently 9 percent which was 24 percent in the PPP era.” The minister claimed that the government is taking the economy towards stability. “Previous governments are responsible for the current economic situation of the country. The PML-N government put the economic stability of the country at stake during its last two years in power.” He pointed out that foreign exchange reserves had declined by US$10 billion in the last one and half year tenure of the PML-N. “The current account deficit also soared to US$20 billion during their tenure. The present government has reduced the current account deficit by 20 percent and trade deficit by 4 billion dollars,” he claimed. Hammad Azhar said that the government had left behind the circular debt of Rs1140 billion and enhanced the revenue of both power and gas sectors by launching successful drive against their pilferage. He said that it is for the first time that the House held threadbare discussion on the finance bill. “The PTI government retired US$9.5 billion of debt this year,” he claimed.