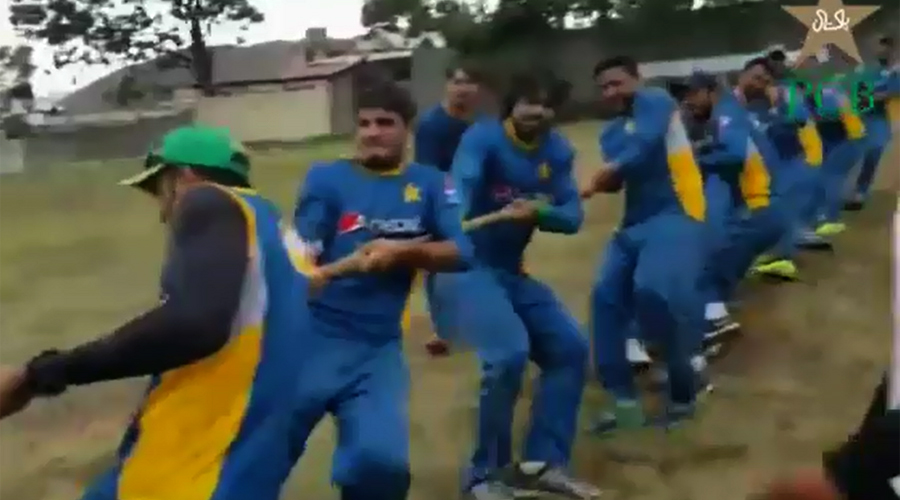 KAKUL (92 News) – The national cricket players defeated their trainers in a tug of war match during the ongoing boot camp at Kakul Academy on Thursday. Misbahul Haq, Younis Khan and Shoaib Malik also participated in the match. Muhammad Rizwan was the referee. The boot camp will conclude on May 27 after which the possible players will participate in the skill camp for the England tour.