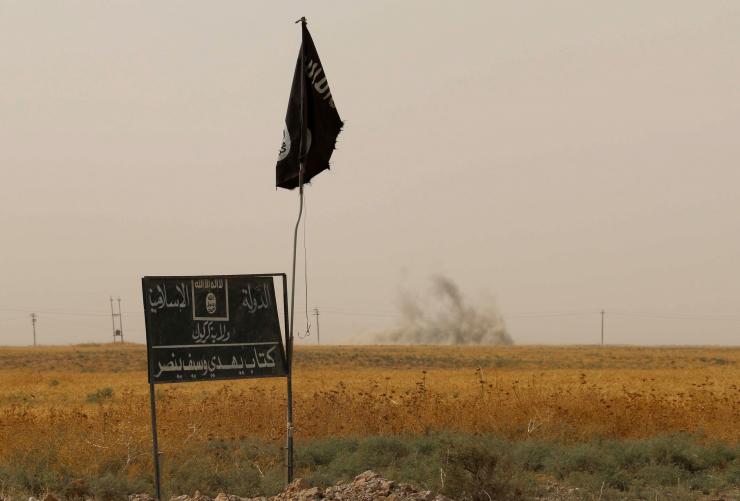 ROME – Nearly two dozen nations gather on Tuesday to plot their fight against the Islamic State militant group in Syria and Iraq and how to choke off its rise in Libya.

The meeting takes place as talks have begun in Geneva to try to end the five-year Syrian civil war, which has killed at least 250,000 people, driven more than 10 million from their homes and drawn in the United States and Russia on opposite sides.

Twenty-three nations from the wider Global Coalition to Counter ISIL will review their efforts to regain Syrian and Iraqi territory from the jihadist group and to discuss ways to curb its wider influence, notably in Libya, officials said.

While Washington has long said Syrian President Bashar al-Assad has lost the legitimacy to lead, it has made clear that its first priority is to try to rein in militants from the Islamic State group, which is also known as ISIL.

U.S. officials said the Pentagon's fiscal year 2017 budget will call for more than $7 billion to fight Islamic State, up roughly a third from the previous year's request to Congress.

Tuesday's meeting will cover stabilizing areas such as the Iraqi city of Tikrit, which has been wrested from the group, as well as broader efforts to undercut its finances, stem the flow of foreign fighters and counter its messaging, officials said.

"Where they control territory is where ... it gets on our radar screen," he told reporters, saying the group was trying to seize parts of Libya, notably Sirte, and Washington would work with the Libyans and coalition partners to try to prevent that.

Despite the focus on Libya, Syria and Iraq remain the main theaters of action against Islamic State.

Rebels said the offensive was being conducted with massive Russian air support, despite a promise of goodwill steps by the Syrian government to spur the peace talks, which U.N. envoy Staffan de Mistura declared had begun on Monday.

Opposition official Monzer Makhous accused De Mistura of overstepping by declaring peace talks had begun and said the government must within days declare its willingness to stop attacking civilians and allow humanitarian access.

"We are here for a few days. Just to be clear, only a few days," Monzer told Reuters Television "If there (is) no progress on the ground, we are leaving. ... We are not here for negotiations, we are here to test the regime's intentions." –Reuters