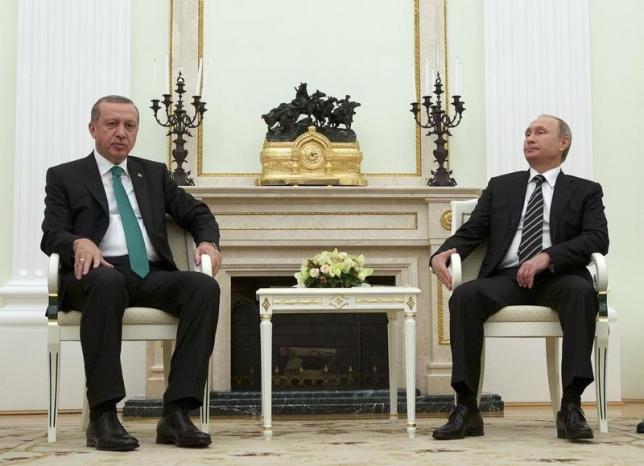 ISTANBUL - The United States and NATO denounced Russia on Monday for violating Turkish airspace and Ankara threatened to respond, reporting two incursions in two days and raising the prospect of direct confrontation between the former Cold War adversaries. NATO held an emergency meeting in Brussels of ambassadors from its 28 member states to respond to what Secretary-General Jens Stoltenberg called "unacceptable violations of Turkish airspace" after a Russian jet crossed its frontier with Syria on Saturday. A Russian warplane again violated Turkish airspace on Sunday, a Turkish foreign ministry official said late on Monday, prompting Ankara to summon Moscow's ambassador. It had done the same following Saturday's violation, and said Russia would be held "responsible for any undesired incident that may occur" if it were repeated. NATO members "strongly protest" and "condemn" incursions into Turkish and NATO territory, the alliance said after the first incursion was reported. "Allies also note the extreme danger of such irresponsible behaviour. They call on the Russian Federation to cease and desist, and immediately explain these violations," NATO said in a statement after the meeting. The White House called the Russian move a "provocation," and US Secretary of State John Kerry said it illustrated concerns about an escalated Syrian conflict. "Had Turkey responded ... it could have resulted in a shootdown, and it is precisely the kind of thing we warned against," Kerry said during a visit to Chile. The Russian Defence Ministry said on Monday that an SU-30 fighter aircraft had entered Turkish airspace along the border with Syria "for a few seconds" on Saturday. Moscow's unexpected move last week to launch air strikes in Syria has brought the greatest threat of an accidental clash between Russian and Western forces since the Cold War. Russian war planes as well as those of the United States and its allies are now flying combat missions over the same country for the first time since World War Two, with Moscow repeatedly targeting insurgents trained and armed by allies of Washington. TURKISH JETS SCRAMBLED Turkey, a NATO member with the alliance's second biggest army, scrambled two F-16 jets on Saturday after a Russian aircraft crossed into its airspace near its southern province of Hatay, the Turkish foreign ministry said. Turkish Prime Minister Ahmet Davutoglu said he had been told by Russia that the violation was a "mistake" that would not happen again. "Turkey's rules of engagement apply to all planes, be they Syrian, Russian or from elsewhere ... Necessary steps would be taken against whoever violates Turkey’s borders, even if it’s a bird," he said on HaberTurk TV. "For Russia, which long opposed foreign intervention in Syria and blocked UN Security Council resolutions, to be actively involved in Syria is both a contradiction and a move that has escalated the crisis." The United States and its allies are waging their own air campaign against Islamic State fighters in Syria, while demanding that Syrian President Bashar al-Assad step down and supporting other insurgents fighting against him. Russia says it is targeting Islamic State, but the anti-Assad coalition including Washington, European powers, Turkey and most Arab states, say Moscow has mainly targeted other insurgents and hit few Islamic State targets. POTENTIAL CONFRONTATION White House spokesman Josh Earnest said there was no sign Russia had changed its strategy to concentrate on fighting Islamic State. White House spokesman Josh Earnest said there was no sign Russia had changed its strategy to concentrate on fighting Islamic State. The Russian Defence Ministry said its planes flew 15 sorties over Syria on Monday, attacking 10 Islamic State targets and destroying around 20 of the group's tanks in Homs province. Russian officers will visit Israel on Tuesday to discuss how those countries can avoid accidentally clashing while operating in Syria, an Israeli military officer said. Israel has attacked Syrian armed forces and Lebanese Hezbollah fighters during the four-year civil war in Syria. The potential confrontation comes at a time when relations between Russia and the West are at their worst since the Cold War, with the United States and European Union having imposed financial sanctions on Moscow over its intervention in Ukraine. Over the past year, NATO has repeatedly accused Moscow of sending planes to violate the airspace of the alliance's member countries in Europe. Speaking during a trip to Spain, US Defense Secretary Ashton Carter compared Moscow's effort to bolster Assad to tethering itself to a sinking ship. "By taking military action in Syria against moderate groups targets, Russia has escalated the civil war," Carter said. More than 40 Syrian insurgent groups, including some of the most powerful groups fighting against Assad and armed by Arab states, called on regional states to forge an alliance against Russia and Assad's other big foreign backer, Iran. Regional cooperation was needed to counter "the Russian-Iranian alliance occupying Syria", they said. "Civilians have been directly targeted in a manner that reminds us of the scorched earth policy pursued by Russia in its past wars." Turkish President Tayyip Erdogan, whose country is one of Assad's fiercest foes in the region, said Russia's defence of the Syrian leader was a "grave mistake". "Assad has committed state terrorism, and unfortunately you find Russia and Iran defending (him)," Erdogan was quoted by the Hurriyet newspaper as saying. -Reuters