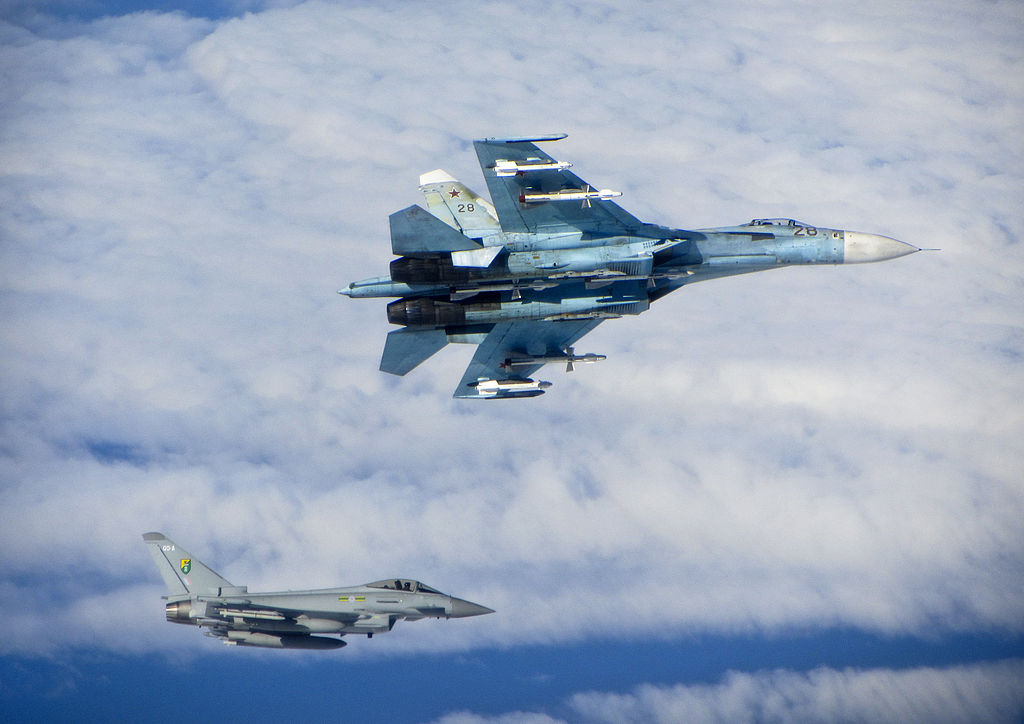 VILNIUS - A NATO patrol intercepted Russian fighter jets over the Baltic Sea, Lithuanian authorities said on Wednesday, as Moscow marks the anniversary of its takeover of Crimea with one of its largest military drills in years. The group of eight Su-27 and Su-34 fighter jets and three Russian military transports was intercepted over international waters on Tuesday, a Lithuanian Ministry of Defense spokeswoman said. "These were first Russian fighters intercepted by NATO's Baltic air police this year," Viktorija Cieminyte said, adding that the Russian pilots switched off their transponders to avoid commercial radar and did not talk to air traffic control. "Civil aviation over the Baltic Sea was endangered because of the secretive way the airplanes flew," she said. A year after annexing Crimea from Ukraine, Russia announced the start of military exercises on Monday involving war planes, submarines and more than 45,000 troops and due to range from the Arctic to the Black Sea. In Tuesday's sortie, the Russian jets flew unannounced from mainland Russia to the Kaliningrad enclave bordering NATO member states Poland and Lithuania, Cieminyte said. Sixteen other Russian military planes - intelligence gathering aircraft, mid-air refuellers and transports - have been intercepted by NATO's Baltic air patrol so far this year, according to weekly reports from the Lithuanian ministry. - Reuters