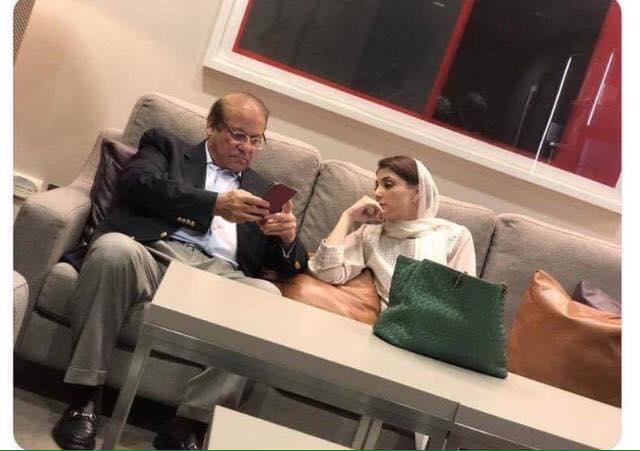 The flight of former prime minister Nawaz Sharif and his daughter Maryam Nawaz has been delayed more than 1:30 hours. According to the sources, Nawaz Sharif and his daughter Maryam Nawaz Nawaz stopped over in Abu Dhabi on their way to Pakistan from London. The Abu Dhabi-bound flight left Heathrow Airport at 12:45am and the plane landed at Abu Dhabi 8am on Friday. The PML-N leaders would stay for seven hours before departing for Lahore. Nawaz and Maryam was scheduled to leave Abu Dhabi at 3pm and will land at Lahore’s Allama Iqbal International Airport at 6.15 PM on Friday via Abu Dhabi on Etihad Airways flight EY243. But now the flight was delayed more than 1:30 hours.