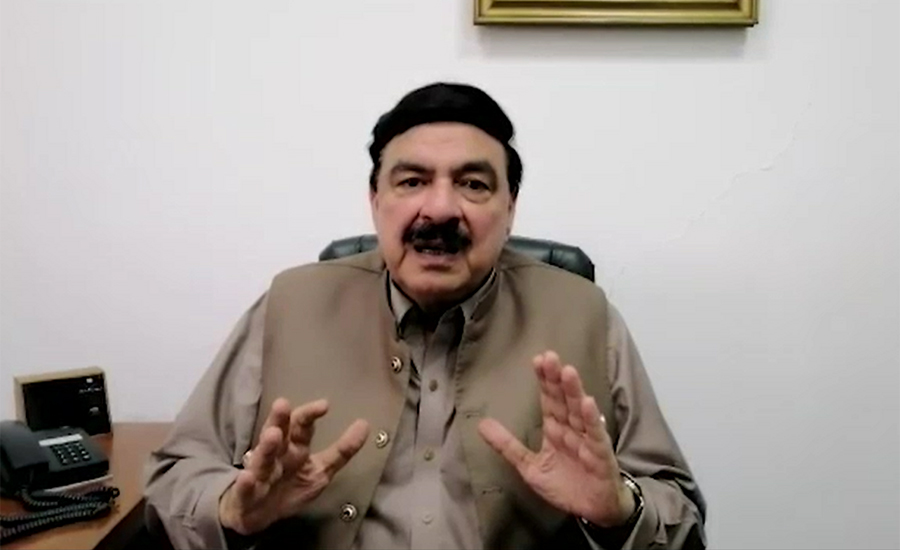 ISLAMABAD (92 News) – Minister for Railways Sheikh Rasheed has said that Nawaz Sharif and Shehbaz Sharif have separate teams. Reacting to the opposition’s all-parties conference (APC) on Wednesday, he termed the APC Friday Bazaar and Sunday Market. He said that the people in the opposition have no ingredients to run a movement. “I see Maulana being deceived,” the minister added. Sheikh Rasheed said that one should keep in his mind that the opposition is not united. “They cannot do the lockdown,” he said. He said that nine-star facilities are available for PPP co-chairman Asif Zardari in the NAB custody. “The price-hike in the country is due to these thieves. Public sentiments with us have decreased, but it will also improve,” he added. The minister said that PM Imran Khan is working for facilities for the masses who would get the relief. “It will be a conspiracy if the people facing criminal charges launch a movement,” he maintained. He said that the opposition would make a mistake if it de-seats the Senate chairman whom it cooperated at the time of election.

Emir of Qatar didn’t talk about any deal: Sheikh Rasheed

On June 25, Minister for Railways Sheikh Rasheed has said that the Emir of Qatar had not talked about any deal and no one would be give the National Reconciliation Ordinance (NRO). Talking to the media on Tuesday, he asked the detained leaders to give the money to get rid of the corruption cases. He said that the opposition wants to launch a movement for criminals, but they cannot evade the law.

Earlier, Federal Minister for Railways Sheikh Rasheed claimed that he was a conscientious politician and would continue to support Prime Minister Imran Khan. Speaking to the journalists outside the National Assembly, the minister claimed that the Pakistan Muslim League-N (PML-N) has two groups – Nawaz Sharif and Shehbaz Sharif league. He maintained that the nation is paying price for the decisions taken by the previous rulers. Sheikh Rasheed said that calling an elected person as ‘selected’ is inappropriate. “I have repeatedly told them to allow them (Sharifs) to go to London if they want,” he said. “My and Shehbaz Sharif’s mother party is the same, we never change our parties,” he added.