Nawaz can be a conspirator but never be a revolutionary: Bilawal 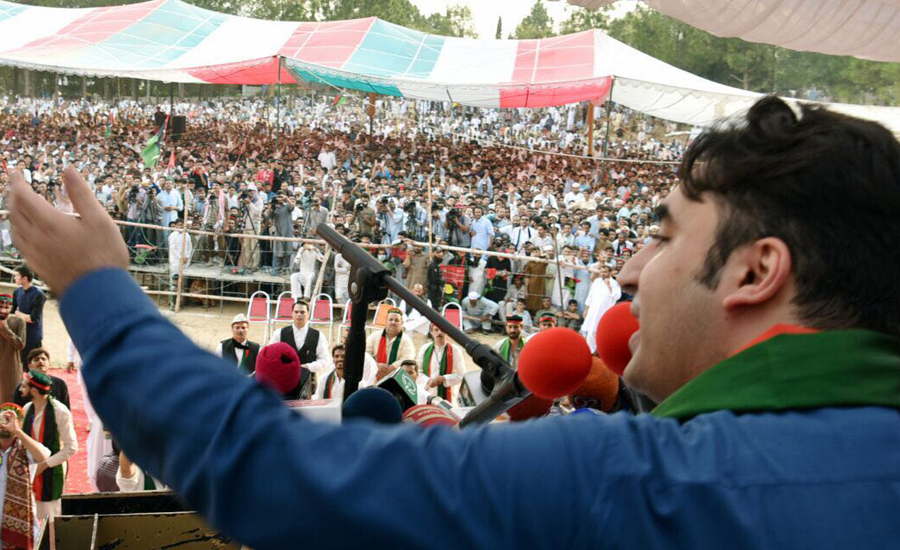 Nawaz can be a conspirator but never be a revolutionary: Bilawal

KOTLI SATIAN (92 News) – Pakistan Peoples’ Party (PPP) chairman Bilawal Bhutto Zardari on Sunday said that former prime minister Nawaz Sharif can be the one who conspires but never be a revolutionary figure. Addressing a public gathering in Kotli Satian on Sunday, he said that the defeat in Senate elections have broken the heart of Nawaz Sharif, adding that they see democracy in danger when they lose. We have been called wind-up toys, he added. The PPP chairman said that the former premier wanted to use Raza Rabbani as a shield to fight his battles. Bilawal went on to say that Nawaz Sharif always destroyed steel mills after coming to power, and added "Nawaz thinks democracy linked to him only," he said and termed the former prime minister Gen (r) Ziaul Haq's "opening batsmen". The PPP chairman said that Nawaz said stop us if you can, and added look now, we have stopped you.