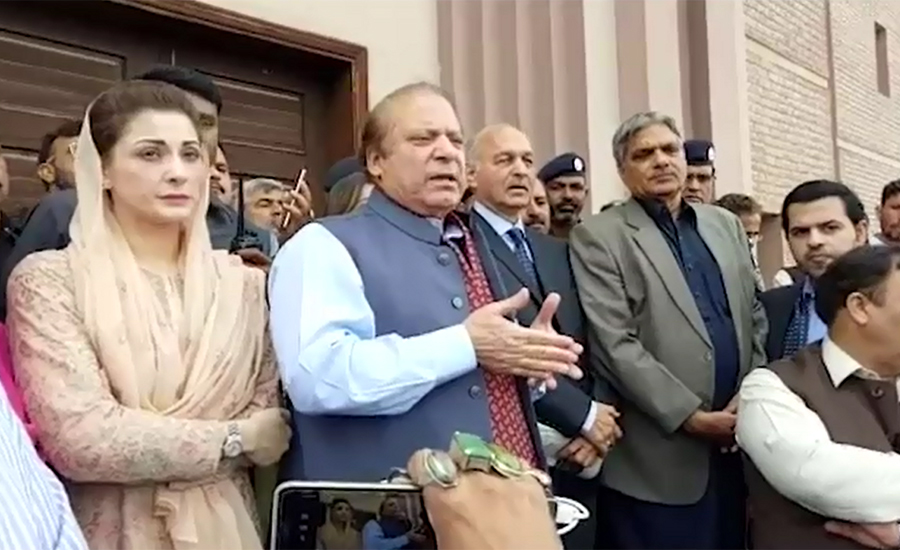 ISLAMABAD (92 News) – Former prime minister Nawaz Sharif on Wednesday declared criticism on judiciary his right saying talking about wrong judgements was his and party’s basic right. Talking to media in Islamabad on Wednesday, he said that it was his and his party’s constitutional right to talk about the wrong decisions. “It is my as well the party’s (PML-N) right to speak against a decision. If there are evidences against me, they must be produced before the court,” he said. He said the Supreme Court had given a six-month time to the trial court, under a monitoring-judge, but justice had not been done. Besides, a full-bench has been constituted against him in a contempt of court case, he said. Referring to Pakistan Tehreek-e-Insaf (PTI) chairman Imran Khan, Sharif said that even the applicant termed the decision weak. Taking a jibe at Imran Khan, he said that despite confessing the court declared the PTI chairman Sadiq and Ameen. “I respected the institutions and had even joined in a long march for the restoration of the judiciary,” he added. Comparing his case with PTI leader Jahangir Tareen’s case, the former premier said that the National Accountability Bureau (NAB) had not filed reference against even though he was disqualified by the apex court.