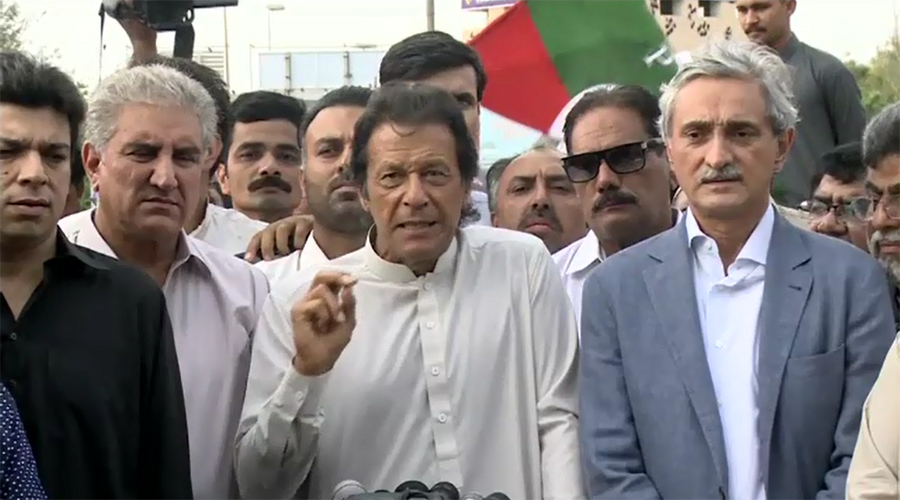 KARACHI (92 News) – PTI chairman Imran Khan has said that Prime Minister Nawaz Sharif has destroyed the parliament and made the speaker controversial to conceal his corruption. Talking to the media after reaching Karachi on Monday, he said that the NA speaker had rejected the references against the prime minister, while accepted the reference against Imran Khan. “The speaker is sitting there after committing rigging twice,” he said. “Imran’s name is not in the Panama Leaks, but reference against him has been accepted.” The PTI chairman said that he would approach all the parties to launch a movement against the government. He said that the speaker had ended the credibility of the parliament. “The institutions of the country are standing with the cruel,” he added.