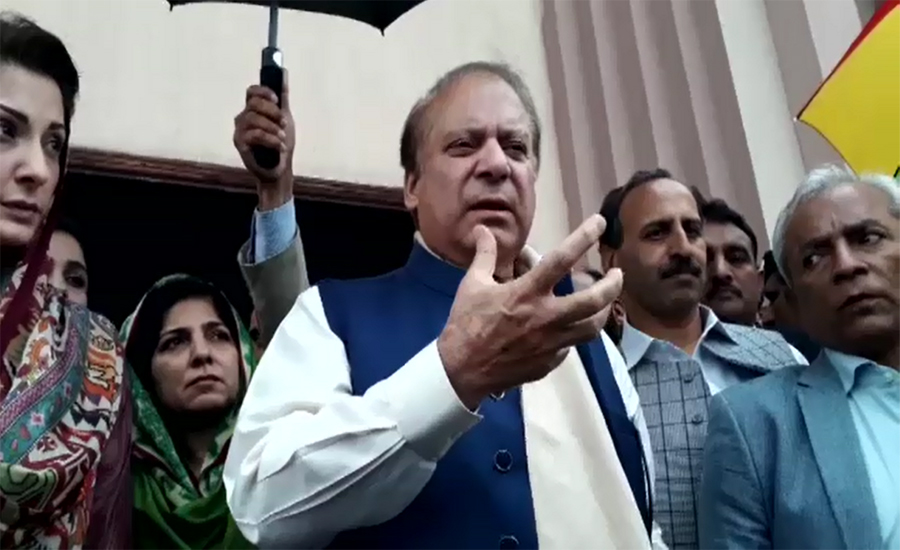 ISLAMABAD (92 News) – Former prime minister Nawaz Sharif's counsel Zafir Khan on Thursday filed a request in the accountability court to delay the tomorrow's verdict of Avenfield reference against Shairf family. As per details garnered, the former premier's counsel submitted a request in Accountability Court-I to delay the announcement of Avenfield reference's verdict for seven days. The petition stated that Nawaz Sharif wants to be present in court when the verdict is read out. The request also includes details of Begum Kulsoom Nawaz's illness, due to which the former prime minister and his daughter Maryam have been in London since June 14. On Wednesday, talking to the journalists in London Nawaz Sharif has appealed to court to reserve the verdict in the Avenfield reference for a few days. He said that he wants to listen to the verdict in courtroom, but cannot go to Pakistan immediately. “I wish I want to talk to Kulsoom Nawaz before going to Pakistan. I am talking about a few days, not months,” he said. “I am not a dictator and there is no question of running away from the country.” Earlier on Tuesday, Accountability Court Judge Muhammad Bashir reserved the verdict on the Avenfield references against the Sharif family. The court will announce the judgment on July 6. The judgement was reserved after Nawaz Sharif’s counsel completed his arguments. The court has issued notices to former prime minister Nawaz Sharif, his daughter Maryam Nawaz and son-in-law Capt (retd) Safdar for July 6.