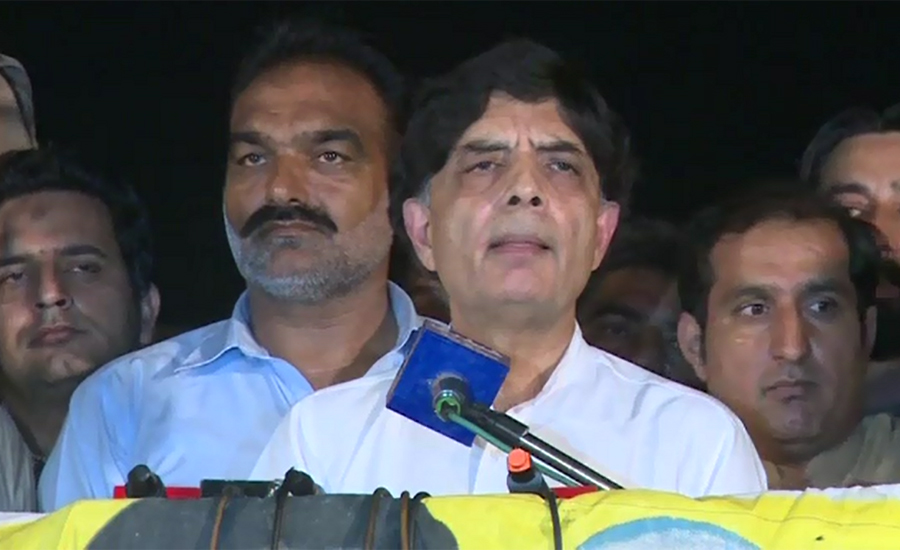 TAXILA (92 News) – Former interior minister Ch Nisar has said that Nawaz Sharif ignored the person who gave him sincere advice. Addressing a gathering on the last day of the electioneering on Monday, he said that those giving anti-judiciary statements have disappeared and Mian Sahib is now in jail. “The time will tell who used to give good advices and ho was a sycophant,” he maintained. “Those criticizing the Army aimlessly cannot be sincere with the country,” he said. Ch Nisar said that July 25 will decide with whom the masses stand with. He said that the champion of the change has changed dozens of parties.