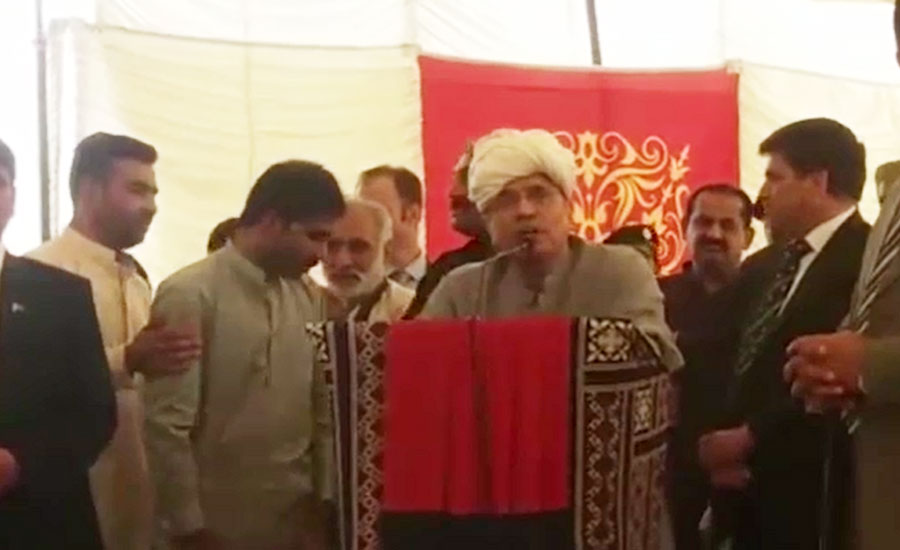 NAWABSHAH (92 News) – Pakistan Peoples’ Party (PPP) Co-Chairman Asif Ali Zardari on Monday late night claimed that former prime minister Nawaz Sharif and Prime Minister brought to power through a deal. Addressing an event in Nawabshah, the former president declared the politics as an ‘art’. Taking a jibe at the political opponents, he said that only should do the politics person who knows about this art. “The prison or arrest has no issue for me, will only get more famous if I would have been arrested again,” he mentioned. Zardari claimed that that Nawaz Sharif always came into power through a deal and Imran Khan was also brought to rule with the help of a deal. “The dealers only know how to deal,” he added. The PPP co-chairman said that the incumbent prime minister is visiting all over the world with ‘begging bowl’. “We run the government with our own resources of the country and not seeks help from the begging bowl,” he said. Asif Ali Zardari said that the agreement of China currency was held now but the PPP government already had done similar agreements with six countries. He also alleged that the efforts are underway to arrest him but that there is no evidence against him. “Ways are being found to arrest me but they are unable to find any evidence,” he said.