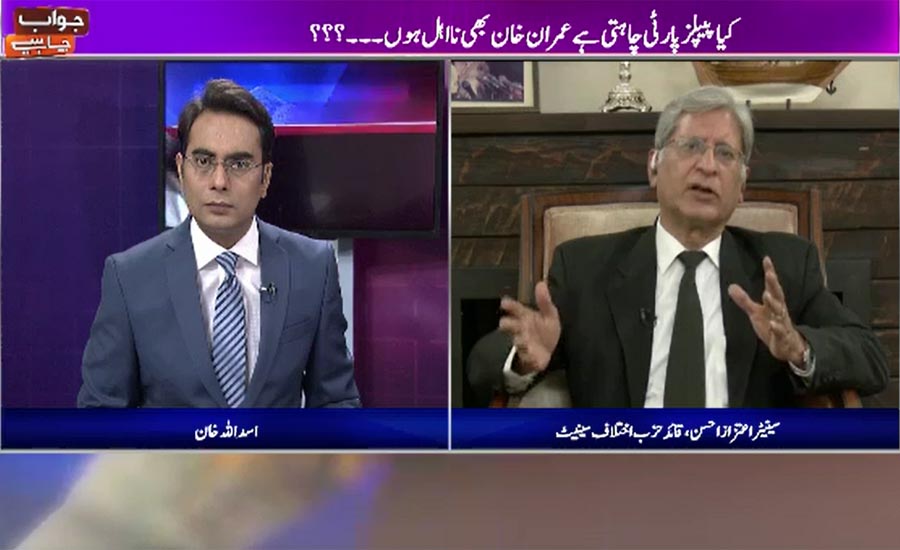 LAHORE (92 News) – PPP Senator Aitzaz Ahsan has said that the disqualification cases of Prime Minister Nawaz Sharif and PTI chairman Imran Khan cannot be compared. In an interview with 92 News Program ‘Jawab Chahiye’ on Tuesday, he said that Imran Khan had no public office. “Imran earned and brought money from abroad,” he said. Aitzaz Ahsan said that the Sharif family could be awarded life term for fake documents.