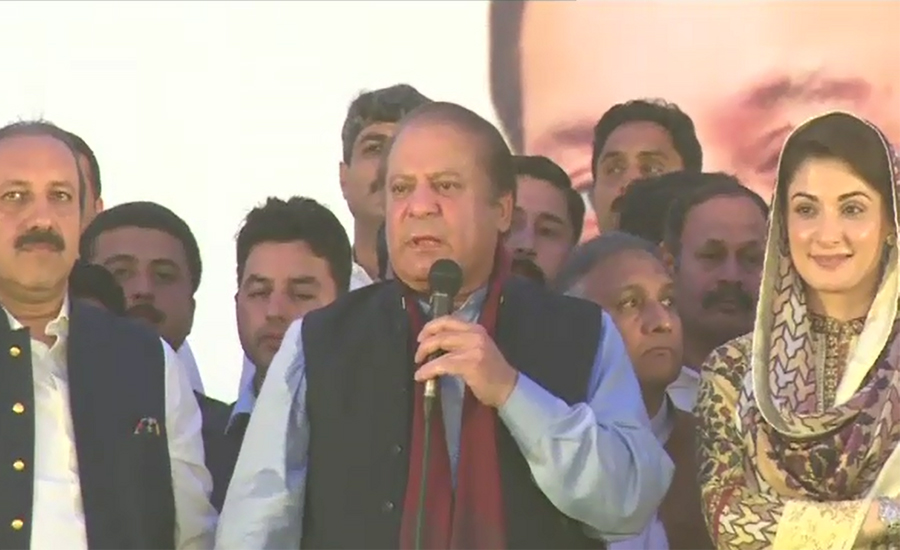 ISLAMABAD/SUMUNDARI (92 News) – Former prime minister Nawaz Sharif and his daughter Maryam Nawaz have demanded that the proceedings of the accountability court should be live broadcast so that the people may know reality. Addressing a gathering on the death anniversary of Chaudhry Sharif in Sumudari, Nawaz Sharif said that he would not allow anyone to trample the vote. “I have come to ask you that what I should do. Should I stand and counter the situation? I will not desist from principles,” he said. He said that he had served the country for 30 years. “Am I being punished for it?” Nawaz Sharif said that they have been facing the trial since 1962. “I will not retreat and will challenge injustice,” he maintained. Nawaz asked the people that would they answer to his call, no matter from where he makes the call. “Will you support Nawaz Sharif?” he asked.