Nawaz, Maryam plan to return Pakistan in a week 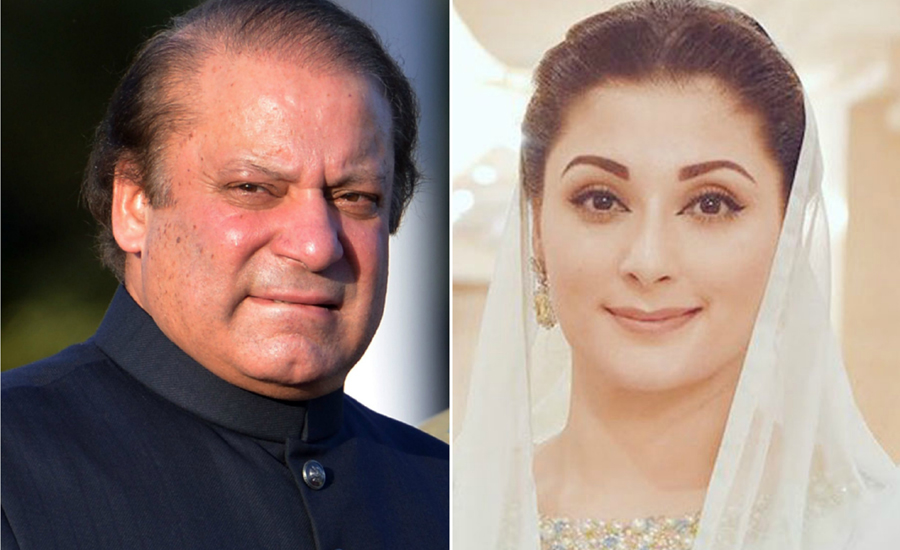 Nawaz, Maryam plan to return Pakistan in a week

LONDON (92 News) – Former prime minister Nawaz Sharif and his daughter Maryam Nawaz have planned to return Pakistan in a week for leading the campaign of upcoming election 2018. As per details, the decision was taken after the consultations with the Pakistan Muslim League-N (PML-N) senior leadership. Whereas the detailed checkup of Nawaz’s wife Begum Kulsoom will be carried out at London’s Harley Street Clinic today. The CT scan test will also be taken. After the complete examination of Kulsoom, Nawaz Shairf will hold detailed meeting with the doctors. during the meeting, the former prime minister will be informed about her condition on Tuesday. On the other hand, Nawaz Sharif has also directed the party members to make arrangements for election campaign. It is pertinent to mention here that a suggestion to have Maryam Nawaz return to Pakistan before Nawaz himself is under consideration as well. Earlier, Maryam Nawaz had said their return depended on the condition of Begum Kulsoom, who has been on the ventilator for a few weeks now. She had explained that she would return on the first available flight as soon her ailing mother's condition improves. On Sunday, Nawaz Sharif had rehashed accusations of pre-poll rigging in the forthcoming general elections 2018. He said that the same game which had been played in Senate elections was also being played in forthcoming elections. Nawaz once again claimed that PML-N’s candidate from Multan Rana Iqbal Siraj was subjected to torture whereas threats were hurled at his family for switching loyalties. Currently, the Sharif family are facing three corruption references in the accountability court — Avenfield Properties, Al-Azizia Steel Mills, and Flagship Investments — wherein they are accused of money laundering, tax evasion, and hiding offshore assets.