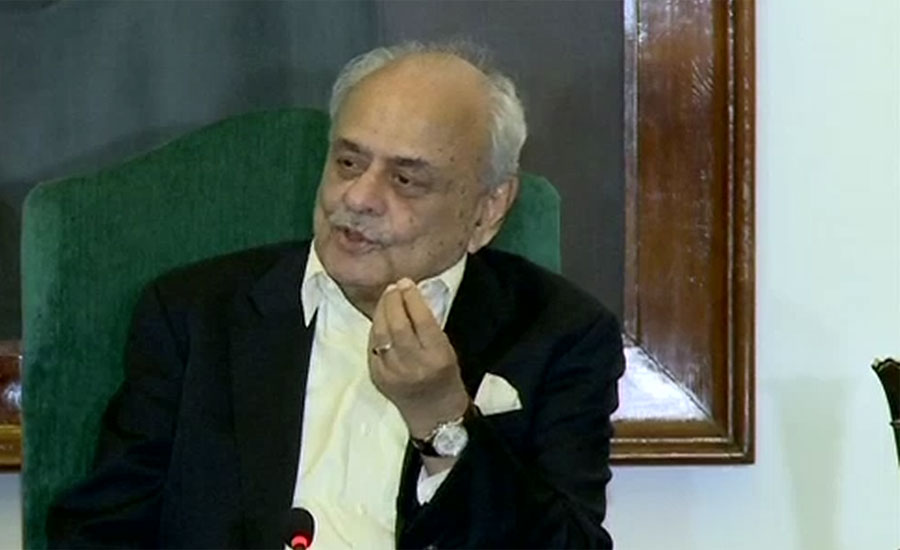 ISLAMABAD (92 News) – Minister for Interior Brigadier (r) Ijaz Shah said that former premier Nawaz Sharif, his daughter Maryam Nawaz and son-in-law Captain Safdar’s names are on the ECL included by the National Accountability Bureau (NAB) not government. Speaking to the journalists, the court asked form NAB before granting bail to Nawaz Sharif that these names were included on ECL by the directions of NAB not the government. “If there is need to send Nawaz Sharif to abroad for treatment then the government would find a way,” the interior minister said. It is pertinent to mention here that medical board chief Prof Dr Mahmood Ayaz said on Tuesday that the genetic test of former prime minister Nawaz Sharif is not possible in Pakistan. The medical board has suggested to carryout genetic test of ex-prime minister Nawaz Sharif to diagnose his illness. Dr Mahmood Ayaz also said that some tests of Nawaz Sharif will be conducted from foreign countries. “No facility is available in Pakistan to treat platelets, heart and block artery under one roof,” he added. Referring to the Azadi March, Ijaz Shah said that the Kashmir issue is lagging behind because of the Jamiat Ulema-e Islam (JUI-F) sit-in which has more than 50,000 participants. He also hoped that the Azadi March will be ended in a good way despite most of the activists are unaware of the reason they came to Islamabad. Ijaz Shah expressed that the demands regarding Prime Minister‘s resignation was inappropriate. He added that the elections without army are not possible. He further said that the role of the Army in Pakistan is very clear and the nation cannot get unstable as long as the Army exists. “Chief of Army Staff (COAS) General Qmar Javed Bajwa is a man who calls the wrong as wrong and the right as right,” he maintained while responding to another question.