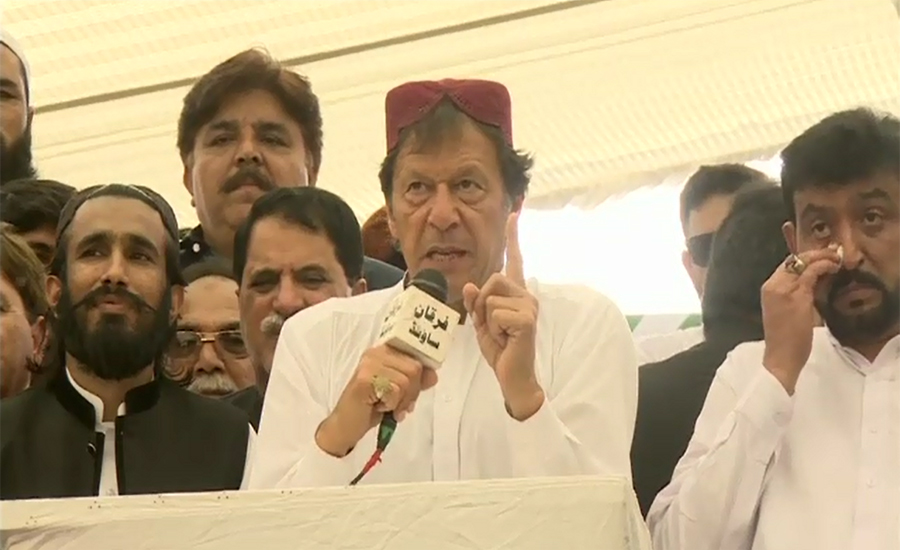 KARACHI (92 News) – PTI chairman Imran Khan has said that former prime minister Nawaz Sharif, Chief Minister Shahbaz Sharif and former president Asif Zardari are the most corrupt people and they are eroding the country like termite. Addressing the business community on Monday, he said that the main reason behind inflation is corruption. The PTI chairman claimed that his party will eliminate all opponents in the elections. He said that the people do not get justice when the rulers are corrupt. “The countries destroy when institutions are destroyed,” he said. Earlier, representatives of the business community met the PTI chairman and presented suggestions for the betterment of the economy. The traders said that opportunities for employment would be generated if there is an investment, adding that the economy has completely ruined. The traders emphasized on taking steps to improve the economy on emergency basis, and added the government was imposing new taxes. They said that private sector should also be included to generate energy as the electricity was the main issue presently.