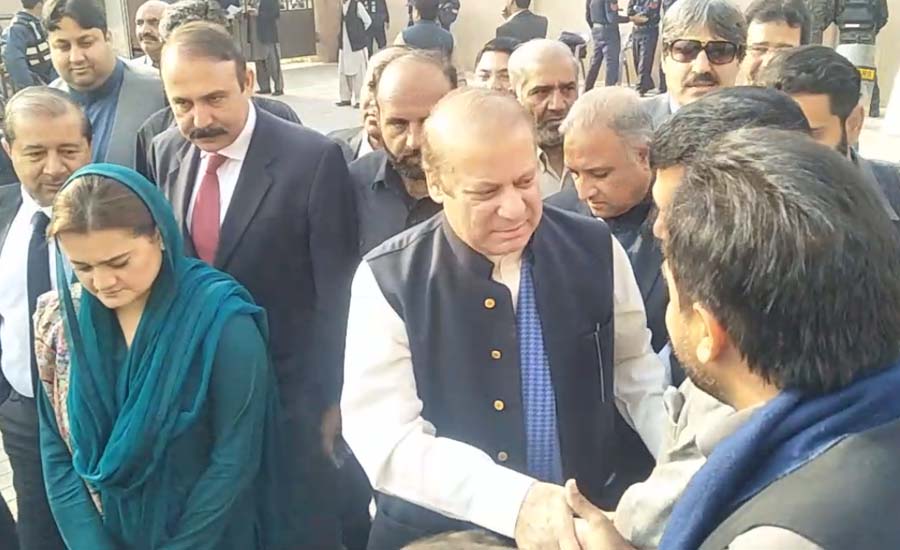 ISLAMABAD (92 News) – Former premier and accused Nawaz Sharif answered 137 questions in the Flagship reference on Wednesday. Accountability Court Judge Arshad Malik is hearing the case. In his statement, Nawaz Sharif claimed that the charge was not proved against him. “JIT chief Wajid Zia and Investigation Officer Kamran tried to implicate him in the case,” he contended. Nawaz Sharif said that he will present some proofs after recording his statement. The judge questioned Nawaz Sharif that whether he had not demanded documents from his children when he faced the difficult time. At this, Nawaz Sharif remained silent. However, his counsel Khawaja Haris said that the children are young and his client cannot pressurize them. The court questioned Nawaz Sharif how much investment was made in Flagship and the issue could have been resolved had the Qatari prince and Hussain Nawaz joined the trial. Nawaz Sharif said that the Qatari prince had confirmed his letters. “No witness could prove that my children were my dependents,” he maintained. The former premier claimed that Hassan Nawaz made the assets, but the JIT wrongly declared him the owner. He stated that the statements of two witnesses cannot be declared acceptable evidence.