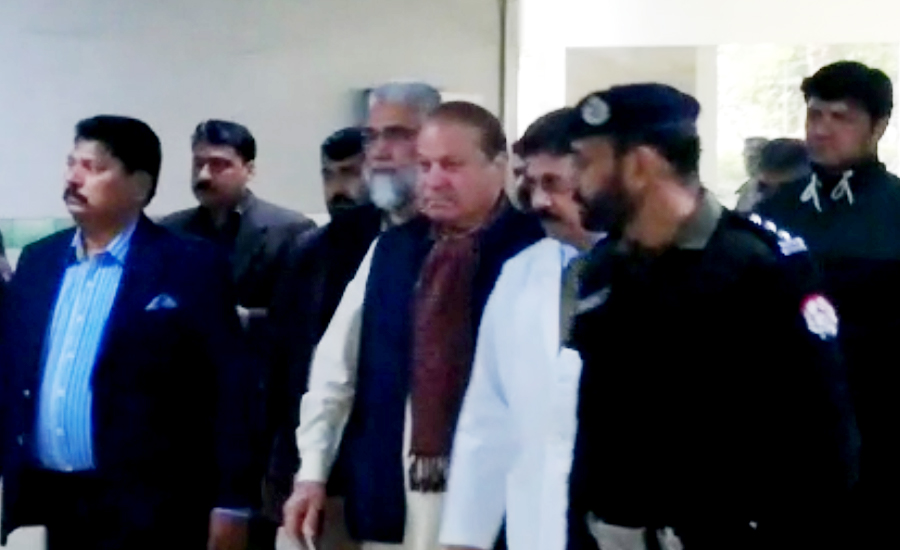 LAHORE (92 News) – Former prime minister Nawaz Sharif is undergoing a medical check-up at Punjab Institute of Cardiology (PIC) on Tuesday. A doctors’ board is conduct his medical examination. He will also underwent electrocardiography (ECG) and other tests. Stringent security arrangements had been made on the arrival of Nawaz Sharif. Wards were closed for general public and even patients were denied entry to wards on the occasion. Several patients exchanged hot words with security officials. PML-N leader Asif Kirmani said that Nawaz Sharif’s lovers are highly concerned about his health. He demanded that the government should inform the family and personal doctor about the health of Nawaz Sharif. On Dec 24, 2018, Accountability Judge Muhammad Arshad Malik had awarded Nawaz Sharif seven years imprisonment besides fines of Rs1.5 billion and $25 million in the Al-Azizia reference. The Supreme Court had on July 28, 2017, while deciding petitions of Pakistan Tehreek-e-Insaf Chairman Imran Khan, Sheikh Rashid Ahmed and other political leaders, disqualified Nawaz Sharif and directed the NAB to file three references — Avenfield Properties, Al-Azizia and Flagship Investment — against him and other members of his family in the accountability court. On July 6, 2018, Accountability Court Judge Mohammad Bashir had convicted Nawaz Sharif in the Avenfield reference and sentenced him to 10 years in prison.