Nawaz Sharif, Asif Zardari have become a story of past: Fawad Ch 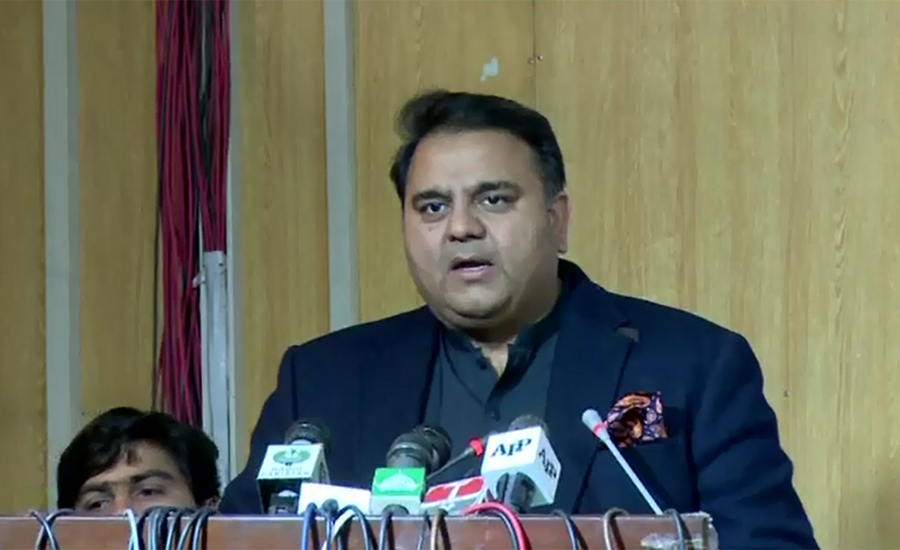 Nawaz Sharif, Asif Zardari have become a story of past: Fawad Ch

ISLAMABAD (92 News) – Minister for Information and Broadcasting Fawad Chaudhry said that former prime minister Nawaz Sharif and former president Asif Zardari have become a story of the past. Addressing a press conference on Friday, he said that a person who stole 15 hens was in jail for one year, but a person who stole Rs1,500 billion become Public Accounts Committee (PAC) chairman. “The government has been calling for the resignation of Shehbaz Sharif as PAC chairman as he has been using the committee to safeguard those facing inquiries before the National Accountability Bureau (NAB),” he added. He said that the previous government had spent the money allocated for the Saaf Pani on the Orange Line project. “The foundation of a new Pakistan was laid during the Islamabad sit-in,” he said. The minister said that the government is not in a position to give relief to the masses immediately. “During the last 10 years, the foundation of the economy was shaken by the PML-N and the PPP,” he said. He said that Imran Khan would change the system of the country.