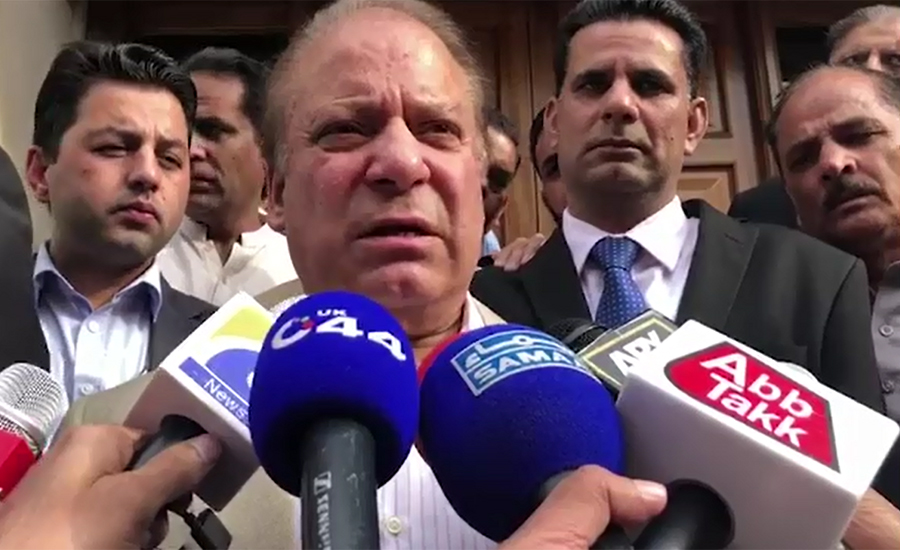 LONDON (92 News) – Former prime minister Nawaz Sharif has decided not to return to the country until improvement in the health of his wife Kulsoom Nawaz. Talking to the media outside Harley Street Clinic on Saturday, he said that Kulsoom is still in danger. “I have come from Pakistan and want to return there. How can I leave my wife in such condition?” he said. Nawaz Sharif said that he wanted to stay in London for four days, but could not talk to her since then. He said that he does not want to talk on politics right now. “I will discuss politics after returning to the country,” he added. The former premier thanked the nation for praying for his wife’s health. Earlier talking to journalists before returning to Pakistan, Khawaja Asif said that Nawaz Sharif could stay in London until normalization of Begum Kulsoom Nawaz. He said that the SC could be moved if the accountability court did not grant Nawaz Sharif exemption from appearing in court.