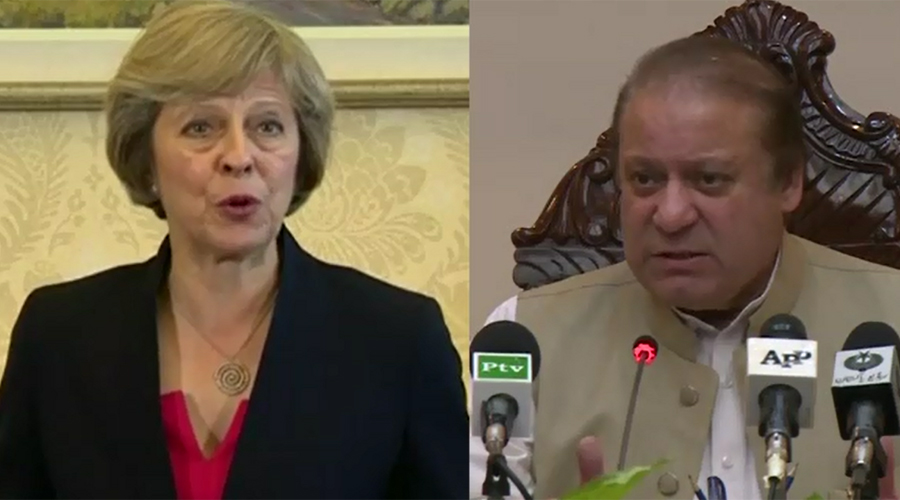 ISLAMABAD (92 News) – British Prime Minister Theresa May phoned Prime Minister Nawaz Sharif on Tuesday. The prime minister congratulated her on becoming the UK premier. He said that the slot of the PM is expression of confidence in her by the people of Britain. “Britain will more strengthen under the leadership of Theresa May,” he said. Nawaz Sharif said that the UK will continue to play its role in the international affairs under the new leadership. “Britain is our traditional ally, close friend and tested partner. We will continue bilateral relations,” he maintained. British PM Theresa May thanked Nawaz Sharif for expressing good wishes. She said that Pakistan is such alley whom they trust. She expressed her resolve to support Pakistan for the stability of democracy.