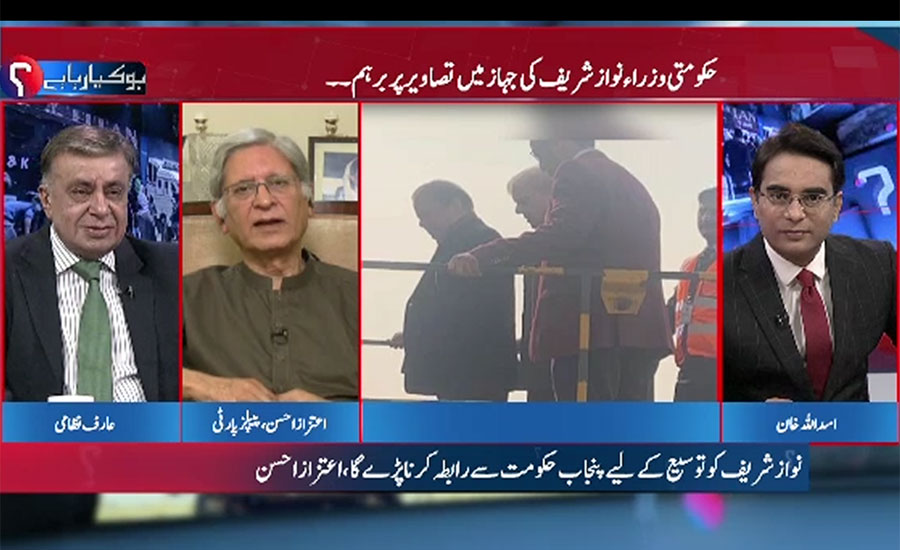 LAHORE (92 News) – PPP leader Aitzaz Ahsan said that former prime minister Nawaz Sharif had left after showing a thumb to Prime Minister Imran Khan. In 92 News Program ‘Ho Kaya Raha Hai’ on Wednesday, he said that the pressure was enhanced through the army of Maulana Fazlur Rehman. “Nawaz Sharif left for London after having a shave despite low platelets,” he said. Aitzaz Ahsan said that Nawaz Sharif had already gone abroad after striking a deal and had not told his close friends. “Nawaz Sharif is likely to return to the country before the designated period,” he said. The PPP leader said that a lot of things can be done in London. “You have to care for your wealth,” he added. He said that Imran Khan had given Nawaz Sharif the father of NROs. “It is weakness of Imran Khan that he is inflexible and uses improper language,” he said. Aitzaz Ahsan said that Maulana Fazlur Rehman had damaged himself more than anyone. “No one will mention Maulana Fazlur Rehman after two days,” he said. He said that he wished Imran Khan completes his tenure. “Consensus cannot be developed if the Leader of the House is brought after ousting Imran Khan. Consensus is impossible even the leader is brought from the PPP and the PML-N,” he said.