Nawaz Sharif likely to meet with Shehbaz on Tuesday 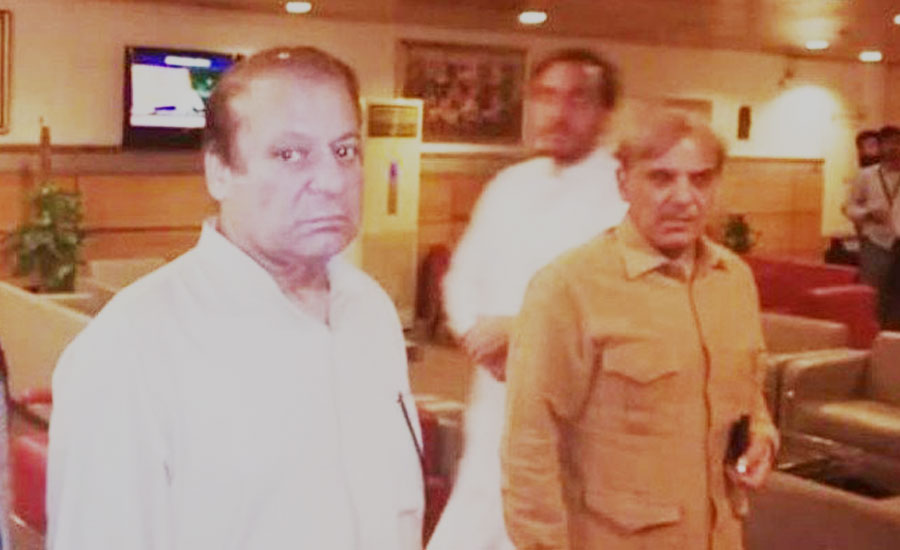 Nawaz Sharif likely to meet with Shehbaz on Tuesday

ISLAMABAD (92 News) – Disqualified prime minister Nawaz Sharif will likely to meet with his brother and Opposition Leader in National Assembly Shehbaz Sharif on Tuesday. According to the sources, the meeting will be held in the opposition chambers of National Assembly. The two brothers will consult on key matters with the senior leaders of party. A day earlier, Nawaz Sharif had rejected the invitation of JUI-F chief Maulana Fazlur Rehman to attend the All Parties Conference. He had remarked that he will make a final decision after holding a discussion with his brother. Earlier on Monday, the Accountability Court granted NAB’s request for an extension in Shehbaz Sharif’s physical remand on Monday morning and has ordered the PML-N president’s remand to be extended till November 7. Shehbaz’s lawyers said that NAB keeps him in captivity. There are no health facilities, said Shehbaz, adding that NAB’s officials don’t want to tell the truth. He said he is being blackmailed and is not even allowed to read the newspaper. He said he needed regular medical checkups, which weren’t being allowed. The opposition leader has been arrested for his involvement in Ashiana housing scam, which was launched during his tenure as Punjab chief minister.