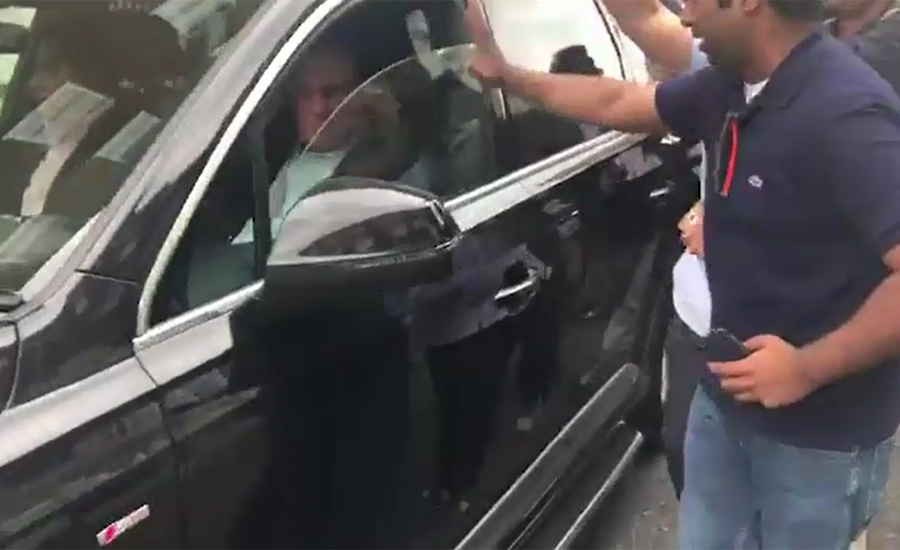 LONDON (92 News) – Former prime minister Nawaz Sharif and his daughter Maryam Nawaz departed from London for Abu Dhabi en route to Lahore on Thursday. They departed from Avenfield flats from the rear gate. The Abu Dhabi-bound flight left Heathrow Airport at 12:45. The plane will land at Abu Dhabi 8am on Friday. Later, Nawaz Sharif and Maryam Nawaz will leave for Lahore from Abu Dhabi at 3pm. Nawaz Sharif and Maryam Nawaz arrived in London before Eidul Fitr and will return to Pakistan on Friday. The return comes a week after the accountability court handed an 11-year sentence to Nawaz and eight years to Maryam in the Avenfield case. Nawaz was also fined eight million and Maryam two million pounds. Maryam’s husband, Captain (retd) Safdar was sentenced to one year. On the other hand, the National Accountability Bureau has arranged two helicopters. One helicopter will be at Lahore Airport, while the other would be in Islamabad, and the father-daughter duo would be arrested upon landing at either of the two airports.