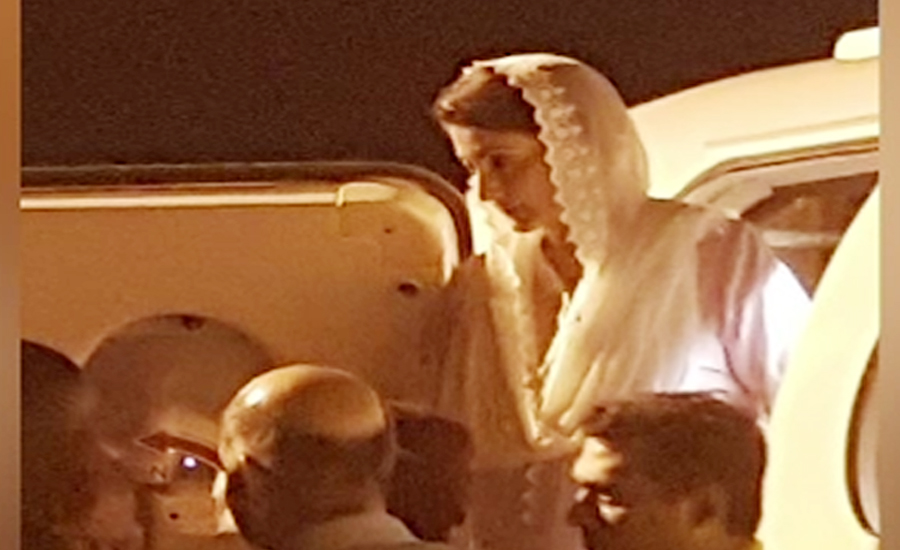 LAHORE (92 News) – The National Accountability Bureau (NAB) arrested former prime minister Nawaz Sharif and his daughter Maryam Nawaz from Lahore Airport on Friday. The NAB and ASF officials, including females, entered the plane and arrested them. About 70-80 workers encircling Nawaz Sharif and Maryam Nawaz had a scuffle with the security officials. The FIA seized the passports from Nawaz Sharif and Maryam. The media representatives were stopped in the plane. Later, they were taken to a special plane by a vehicle. The plane left for Islamabad Airport. From Islamabad Airport, Nawaz Sharif and Maryam Nawaz were shifted to Adiala Jail by armoured vehicles for medical check-up. Under the jail manual, the medical check-up can only be conducted in the jail. After the medical check-up, Maryam Nawaz will be shifted to Sihala Rest House which has been declared a sub-jail. She will be kept in the sub-jail for an indefinite period. However, Nawaz Sharif will be kept in Adiala Jail. Accountability Court Judge Muhammad Bashir ordered to shift Nawaz Sharif to Adiala Jail. The NAB prosecutor said that it was a security risk to produce the convict in court. Sharif's doctor and a bag carrying his medicines were disembarked from the special plane. The doctor said that the Pakistan government will be held responsible if anything happened to Nawaz Sharif. Earlier, Nawaz Sharif and his daughter Maryam Nawaz Nawaz stopped in Abu Dhabi on their way to Lahore from London. The Abu Dhabi-bound flight left Heathrow Airport at 12:45am and landed at Abu Dhabi 8am on Friday. Nawaz and Maryam were scheduled to leave Abu Dhabi at 3pm and reach at Allama Iqbal International Airport, Lahore at 6.15pm on Friday. Owing to a delay in flight, the plane left Abu Dhabi Airport at 6:00pm and reached Lahore at 8:44pm. The accountability court had sentenced Nawaz Sharif to 10 years for owning assets beyond known income and 1 year for not cooperating with the NAB. The sentences will run concurrently which means the former prime minister will serve 10 years in jail. His daughter Maryam was given 7 years for abettment after she was found "instrumental in concealment of the properties of her father" and one year for non-cooperation with the bureau. These sentences will also run concurrently; she will serve 7 years in total. Captain Safdar was sentenced one year.