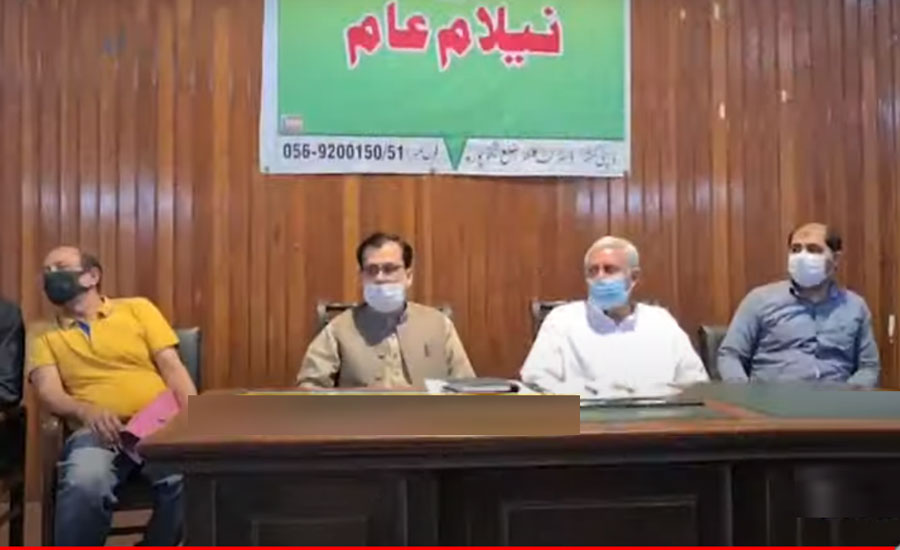 An auction held at the Municipal Hall in which 88.4 kanals of agricultural land in Ferozwattan were put up for auction. At the auction, citizen Mohammad Bota made the highest bid of Rs10.1 million per acre for the land.

The accountability court will make the final decision regarding the auction.

It is pertinent to mention here that the land was auctioned after an accountability court allowed an application filed by the NAB, seeking directives for the authorities concerned to auction the attached properties of the PML-N supremo Nawaz Sharif.

Earlier, the authorities on Tuesday has decided to auction the confiscated Sheikhupura properties of former premier Nawaz Sharif on May 20.

Deputy Commissioner Sheikhupura fixed the date of bidding. Meanwhile, Nawaz Sharif's decision to auction orchards in Lahore was challenged in the Islamabad High Court. The petitioner said that DC Lahore was taking possession of 105 acres of land for auction. He invested heavily in leasing land. The investment in the orchard has not yet been returned. There is a risk of losing my capital from the auction.

On April 19, the country’s top graft buster started the process of auctioning all the properties of Nawaz Sharif and his dependents and moved a two-page application in the Islamabad Accountability Court-III in connection with the Toshakhana case.