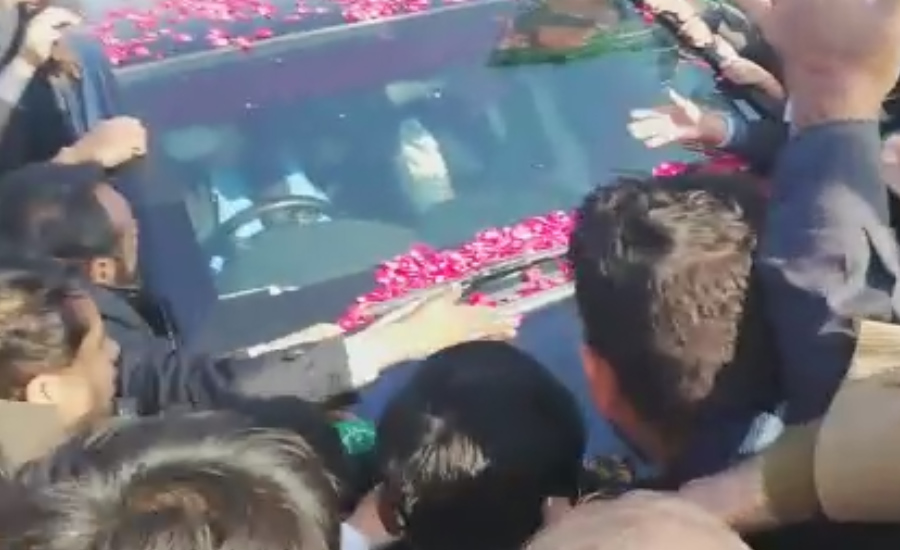 ISLAMABAD (92 News) – Accountability Court Judge Arshad Malik sentenced former premier Nawaz Sharif in the Al-Azizia while acquitted in Flagship Investment references on Monday. The court also fined him US$25 million. After the verdict, Nawaz Sharif was arrested. Announcing the verdict, the judge remarked that Nawaz Sharif had failed in giving the money trail in the Al-Azizia reference. “However, the prosecution failed to prove the allegation in the Flagship reference,” he announced. Meanwhile, Nawaz Sharif filed an application that he should be shifted to a jail in Lahore. He prayed the court not to shift him to Adiala Jail. The court accepted his plea and ordered to shift him to Kot Lakhpat Jail. The court declared Hassan and Hussain Nawaz as absconders. On the order of the Supreme Court, the NAB had filed references against the Sharif family after the Panama scandal. He faces the charge of accumulating assets beyond income. In both references, as many as 183 hearings were held while Nawaz Sharif was exempted from hearing for 49 times. He appeared before court 130 times. The accused and the prosecution presented 22 and 16 witnesses respectively. In Al-Azizia reference, Nawaz Sharif replied to 152 questions while answered 140 questions in the Flagship reference. The Supreme Court extended the hearing period for eight times. It had ordered the Supreme Court to announce the verdict on December 24. Nawaz Sharif’s counsel Khawaja Haris had sought 11 days for arguments. On December 19, the court had reserved the judgment until December 24.