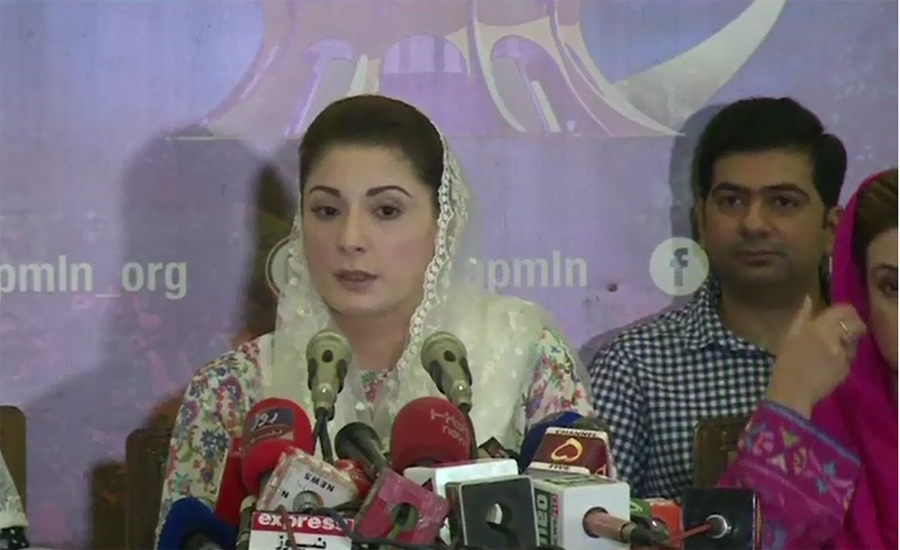 LAHORE (92 News) – Maryam Nawaz, daughter of Nawaz Sharif, said that her father had suffered three cardiac arrests and the third one he suffered in Adiala jail. Addressing a press conference on Saturday, she said that she and Mian Sahib were kept ignorant of the third attack. “Mian Sahib faces a threat to his life, but he has not been granted the bail,” she said. Maryam Nawaz said that all will be held responsible if something happened to Mian Sahib. “We are continuously knocking at the door of justice to get justice,” she maintained. “Nawaz Sharif is not in favour of any Charter of Economy. He wants that the opposition should not show any weakness.” She said that neither it was Egypt nor would let Nawaz Sharif become Mursi. “Nawaz Sharif is paying the price for raising the slogan of civilian supremacy,” he said. The PML-N vice-president said that the JIT was formed against her, but no JIT could be formed against Aleema Khan.