Nawaz Sharif warns of dire consequences if ‘rigging’ not stopped 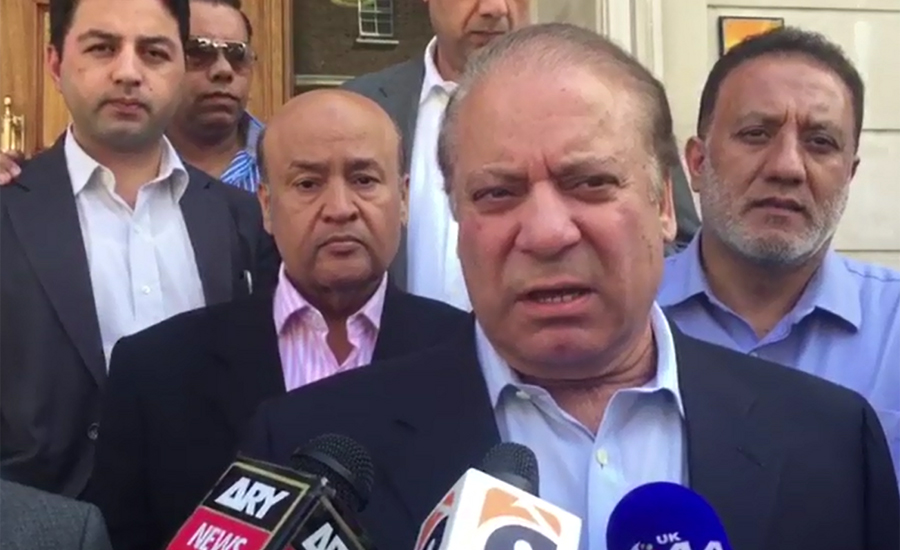 Nawaz Sharif warns of dire consequences if ‘rigging’ not stopped

LONDON (92 News) – Former prime minister Nawaz Sharif has warned that there will be dire consequences if ‘rigging’ was not stopped. Expressing his reservations about arrest of Qamarul Islam and disqualification of Daniyal Aziz and Shahid Khaqan Abbasi at Harley Street in London on Thursday, he said that the slogan of ‘respect the vote’ is being chanted in every house. “Such behavior resulted in the separation of East Pakistan. Take pity on the country and stop playing this game,” he said. The former premier said that different judgments are being pronounced in similar cases. “For the time being, the PML-N is the only target. The previous months’ record shows that I and my colleagues are being targeted,” he maintained. Nawaz Sharif said that a new history of rigging is being written. “I have directed the entire party to support Qamarul Islam and his sons and daughter,” he said.