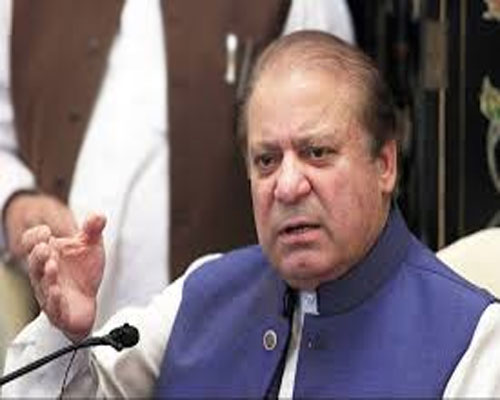 ISLAMABAD (92 News) – Prosecution presents final arguments in Al-Azizia reference against disqualified prime minister Nawaz Sharif. Accountability Court Judge Arshad Malik heard the Al-Azizia reference filed by the National Accountability Bureau (NAB) against the former prime minister. During the final arguments, NAB prosecutor Wasiq Malik told the court that the Al-Azizia corruption reference could be traced back to the Panama Papers case, which was heard by the Supreme Court. The NAB prosecutor said that this was a white-collar crime and hence this case should be viewed in accordance with a special law. He argued that the accused hid his assets through the anonymous. Wasiq Malik further said that Nawaz Sharif has been provided opportunity to clarify their foreign assets but he wanted to change the angle in every forum. The prosecutor said that Nawaz could not account for his assets before the Supreme Court, the joint investigation team and NAB and he admitted to these assets before the apex court for the first time. The money trail presented in the case proved to be fake, the NAB prosecutor continued, adding that the assets had been acknowledged. It is worth noting that the Supreme Court on November 19 gave the accountability court three more weeks to conclude the Al-Azizia case. On the other hand, the testimonies against Nawaz Sharif in Flagship reference have been completed. Nawaz Sharif will record statement in his defence.