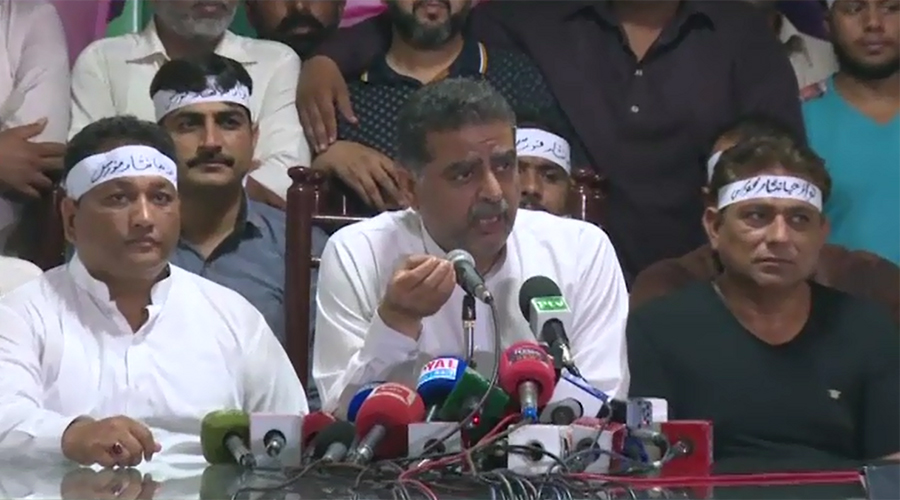 LAHORE (92 News) – The Punjab Government Spokesman, Zaeem Qadri, has said that Imran Khan has lost his senses after suffering defeats continuously. Addressing a press conference at Lahore Press Club on Monday, he said that it is duty of Nawaz Sharif’s supporters to defend the house where their daughter Maryam Nawaz lives. The Nawaz Jan Nisar Force chief said that the prime minister was not on the list of Panama Leaks. He asked Imran Khan to finalize the venue to his protest by September 25.