Nawaz is a thief, working against judiciary: Sh Rasheed 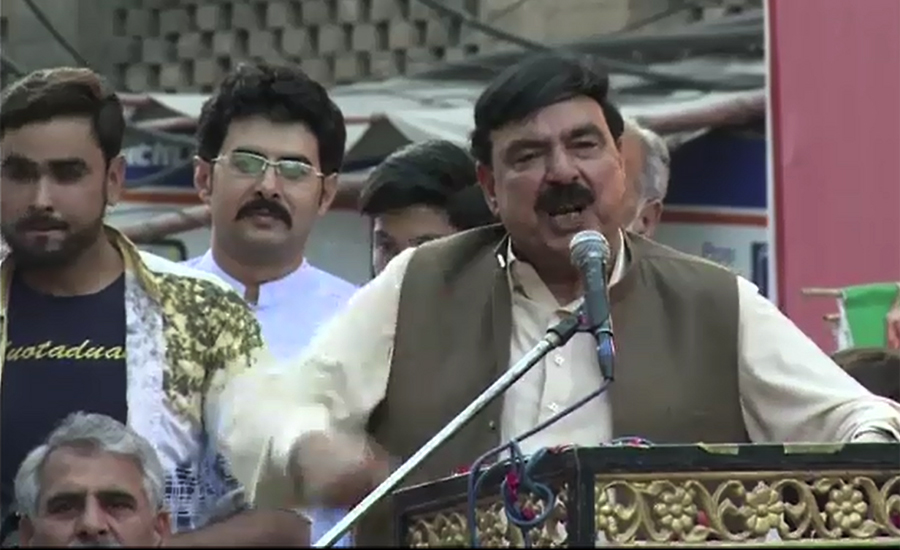 Nawaz is a thief, working against judiciary: Sh Rasheed

RAWALPINDI (92 News) – AML chief Sheikh Rasheed has said that Nawaz is a thief and a looter who is working against the judiciary. Addressing an Iftar dinner outside Lal Haveli on Friday, he said that Maryam has informed court that Hassan and Hussain won the London flats. “She should also tell whose sons they are. They are not siblings of a painter,” he said. The AML chief said that the accountability court will pronounce the verdict within a fortnight. He said that Shahid Khaqan Abbasi will go to jail first of all in the LNG case. Sheikh Rasheed said that he will endorse the decision of Imran Khan and jointly end the politics of Nawaz Sharif.