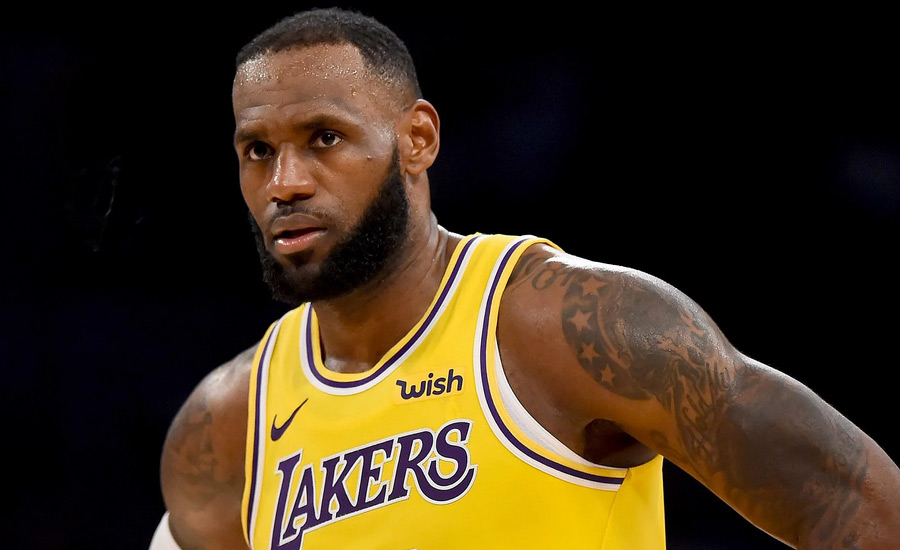 Hundreds of Trump supporters stormed the US Capitol on Wednesday in a bid to overturn his election defeat, forcing Congress to postpone a session that would have certified President-elect Joe Biden’s victory.

James watched on television as the events took place, and on Thursday wondered what would have happened if the intruders had been mostly Black.

“We live in two Americas,” James said, following the Lakers’ 118-109 loss to the San Antonio Spurs.

“And that was a prime example of that yesterday, and if you don’t understand that or don’t see that after seeing what you saw yesterday, then you really need to take a step back.”

The 36-year-old added: “There’s no ifs, ands or buts: we already know what would’ve happened to my kind if anyone would have even got close to the Capitol, let alone storm inside the offices, inside the hallways.”

James has been a fierce critic of Trump, and has spoken out against racial inequality in the wake of the death of George Floyd, an unarmed Black man killed last year after being seen lying face down in the street while a white police officer knelt on his neck for several minutes.

The incident led to protests worldwide.

“The events that took place yesterday were a direct correlation of the president that’s in the seat right now - of his actions, his beliefs, his wishes,” said James.

“We saw the tweets along the whole path to this destruction. Over the last four years, we all knew.”

James wore a shirt as he walked into Staples Center which read “DO YOU UNDERSTAND NOW?” and featured the slogan: “In memoriam of the countless Black lives lost to police brutality and racial injustice.”

When asked what he meant by the messages, James said he believed Black people were not treated as equals in America.

“You will never understand the feeling of being a Black man and woman in America,” James said. “Everyone jumps on the bandwagon of what we provide, what we bring ... the way we dress, our music, our culture, our food.

“Everyone steals from what we do and then they want to act like they did it. We don’t get ... anything back for what we’ve given to this country besides a slap in the face.”