Nearly-man Lee to carry the burden for Malaysia again 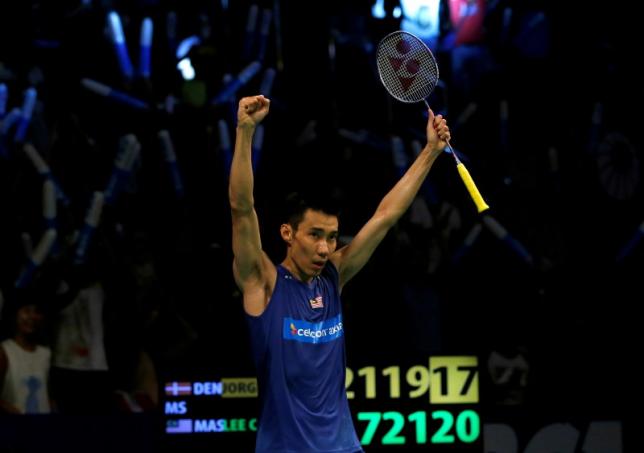 Nearly-man Lee to carry the burden for Malaysia again

MELBOURNE - A nation's hopes of Olympic glory can be a burden for the toughest of athletes but few can know of the pressure that befalls badminton's world number one Lee Chong Wei. The loser of successive gold medal duels in London and Beijing, Lee will bid to banish eight years of heartbreak at the Rio de Janeiro Games and end Malaysia's long wait for an Olympic champion. Nearly a decade at the top has made Lee a rock star of the sport and a huge celebrity in Asia, but his career has been haunted by agonising near-misses on the world's biggest stages. In human form, the agony is Lin Dan, the Roger Federer of the sport who trounced Lee in the Beijing final and edged him in a nerve-shredding re-match at Wembley Arena in London. Lee was two points from gold in London, but the Chinese slammed the door shut with three perfectly played points to leave his opponent crushed once again. Lee's big-match woes have come to embody Malaysia's frustration at the Games. Athletes from the steamy Southeast Asian nation of 30 million have mounted the Olympic podium six times but never climbed to the top. Underscoring the country's badminton fervour, five of the medals were won by its shuttlers, a decent record given the sport only joined the Olympic programme in 1992. Malaysian badminton, however, is at a low ebb compared to a decade ago when its top players were prevalent at global tournaments. Lee has few compatriots to share the weight of home expectations at Rio, with the exception of 10th-ranked mixed doubles pair Chan Peng Soon and Goh Liu Ying. Lee meant for London to be his Olympic swansong, but three months shy of his 34th birthday, he will contest his fourth Games at the Riocentro venue where fans will hope for another battle royale with arch-rival Lin. "(Gold) is not only my dream but also the dream of all Malaysians," Lee told Malaysian media earlier this month. "I have to make the best preparation as this is my last Olympic Games." At Rio, the microscope will be trained hard on Lee, whose reputation was stained after he failed a drug test at the 2014 world championships. He was provisionally suspended in November of that year and faced a potentially career-ending ban after testing positive for dexamethasone, a widely administered anti-inflammatory used to treat asthma and altitude sickness. Yet the following April, the Badminton World Federation (BWF) controversially handed him a back-dated eight-month ban that allowed him to return to competition a few days after the judgement. The BWF said it was convinced of Lee's claim that he had taken the substance inadvertently and had no intention to cheat but the ruling drew media criticism around the world. Lee's ranking plummeted outside the top 100 while sidelined but he has fought back hard over the past year and reclaimed the number one spot from Chinese world champion Chen Long with victory at the Indonesian Open in June. His impressive return has coincided with an unorthodox partnership with team coach and Indonesian former world champion Hendrawan, who was appointed soon after Lee's doping reprieve. Indonesia and Malaysia are mortal enemies on the badminton court, so Hendrawan's appointment by the team's Danish technical director Morten Frost raised eyebrows in both countries. Hendrawan and the Badminton Association of Malaysia have largely kept Lee sheltered from the Games hype and also been cagey about the player's fitness after he missed tournaments in Australia and Taiwan last month due to a buttock injury. But Lee has said he will be front and centre at Rio as Malaysia's flag-bearer at the opening ceremony. From there, he has "nowhere to hide", Hendrawan, silver medallist at the 2000 Sydney Games, said. "Malaysia depends on him to do well," the stocky 44-year-old told Reuters. "At the Olympics, it is not about the physical or technical (aspect) any more. It’s about the pressure and how to lessen it." -Reuters