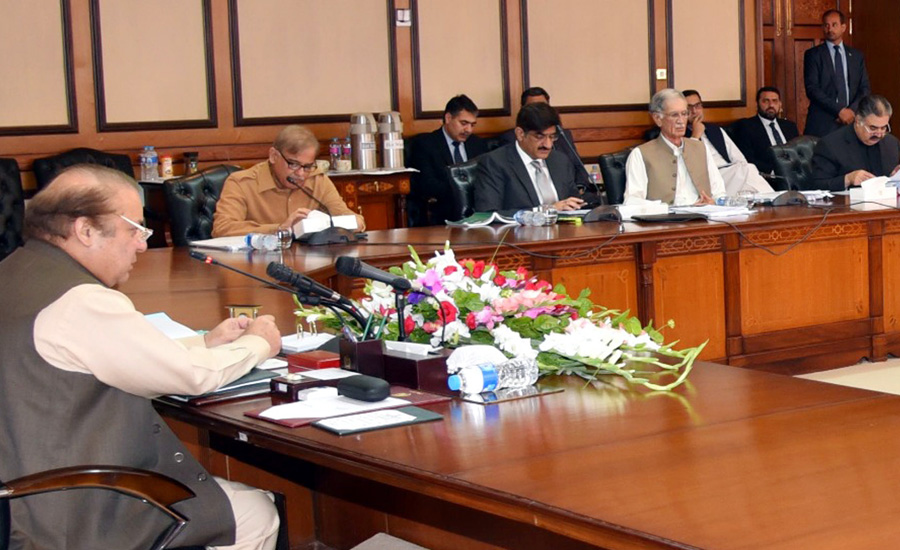 During the meeting, Annual Development Plan for the next financial year were approved besides reviewing the achievements of the on-going plan.

Addressing the meeting, the prime minister said that Pakistan’s economic indicators have significantly improved and this is acknowledged by international financial rating institutions.

He said Pakistan is now among the fastest growing economies of the world, adding that the GDP growth rate of 5.28% for the current financial year is commendable.

He informed the participants of the meeting that China-Pakistan Economic Corridor (CPEC) projects are being completed on fast track basis.

The premier said that the government has adopted people centric approach for development planning.

The Annual Plan Coordination Committee had already recommended to the NEC development programme worth 2113 billion rupees for the next financial year.

The meeting was attended amongst others by the federal and provincial ministers, Governor Khyber Pakhtunkhwa, provincial chief ministers and the prime minister of Azad Kashmir.