We need to bowl as a bowling unit, says skipper Misbah 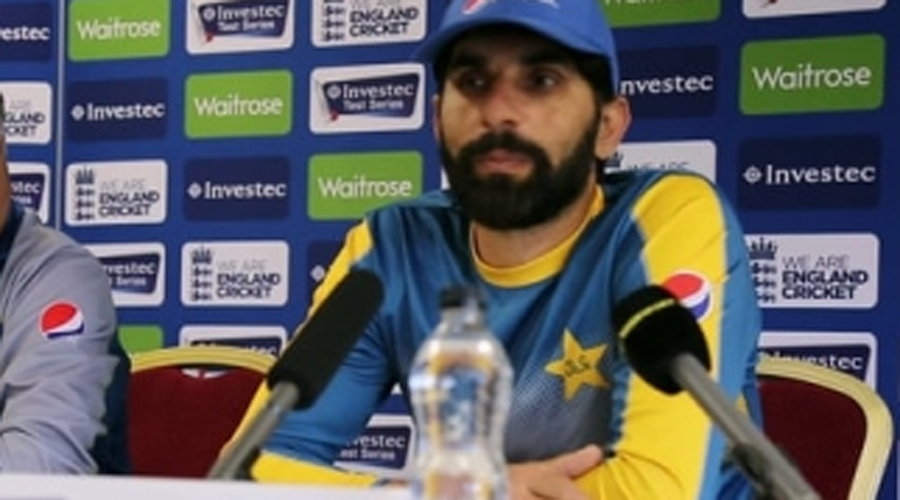 We need to bowl as a bowling unit, says skipper Misbah

MANCHESTER – Speaking at a well-attended press conference on the eve of the second Test match, Pakistan captain Misbah-ul-Haq sounded quietly confident and upbeat. Asked about the eleven for the Test, he quipped: "You will only find out the team tomorrow [though later in the dress room it was announced by head coach Mickey Arthur that it would be the squad of 12 that was named prior to Lord’s]. Obviously there was a lot of debate about our seamers [all three being left-handed], but all England attack are right handers. So, it’s best to select the best bowlers." On Yasir Shah’s injury, he said: "It was a concern but he is okay. Yesterday was a wakeup call for Yasir but he is ok and the scan was only precautionary." Asked about the celebrations at Lord’s, he answered: "We know that England is a fine team. There is a big challenge for us in coming games. The celebrations were no disrespect to England team. They were simply to recognize and acknowledge those who have helped us [prepare for this rubber back home at Kakul]." Speaking ahead of the game, he said: “We have to work hard. It doesn’t matter which ground you play at. If the bowler is good he will have an effect. We need to bowl as a bowling unit – all four bowlers need to build pressure and get wickets.” He added: "It’s all about how you apply yourself. Every game is a new game and different from the previous one. So you have to adjust to conditions but at the same time we have international quality players who can do that. We are playing in conditions where it is difficult to face the new ball. It is bound to happen that the top order will struggle." Asked about whether England might play two spinners, he replied: "We will wait to see what sort of bowling attack England play and will then execute our plans. We don’t know what bowling attack they will put out but if they have two spinners we will have to play them in the same way as we did in UAE. Adil took five wickets against us in UAE so you have to respect them." Misbah was then asked how he found the bowling of Moeen Ali and answered: "Mooen was bowling in the same way that he does to everybody but I back my ability to attack the spinner and it paid off in the first innings. I took my chances and it paid off." He was then asked about reports that Hafeez is due to be tested for his bowling action and replied: "Hafeez is preparing himself to be tested and looking forward to that as that will give us a big advantage when the opposition have left handers in the batting line up. He needs time to get ready and understands the issues and what is needed. Unfortunately he got injured but now he is working on that." Finally he was asked if Ben Stokes will attack the bowling of Yasir, and, Misbah’s response was: "England can attack Yasir if they want but Ben Stokes can give a lot of strength to England side. He’s played some good knocks in the previous two series and Yasir knows that."