KINGSTOWN (92 News) – After losing the first Twenty20 International against the Windies, Shakib Al Hasan said that having someone of the calibre of Andre Russell would have helped.
Bangladesh lost early wickets but were in a decent position at 95/5 at the halfway stage of their innings before scoring just 48/4 in the last 10 overs. A rain interruption meant a DLS revision, which left the Windies with a target of 91 from 11 overs. With Marlon Samuels hitting a 13-ball 26 and Russell scoring 35* in 21 balls, the chase was done in 9.1 overs. "At one stage we were 100 in 11 overs but by that stage we also lost five wickets. It's tough to make a comeback from that position unless you have someone like Andre Russell or someone like him who can change the game single-handedly,” said Shakib. "It is always difficult to defend such a total (143) because you have to take wickets at regular intervals if you want to win a game with such kind of total on the board." 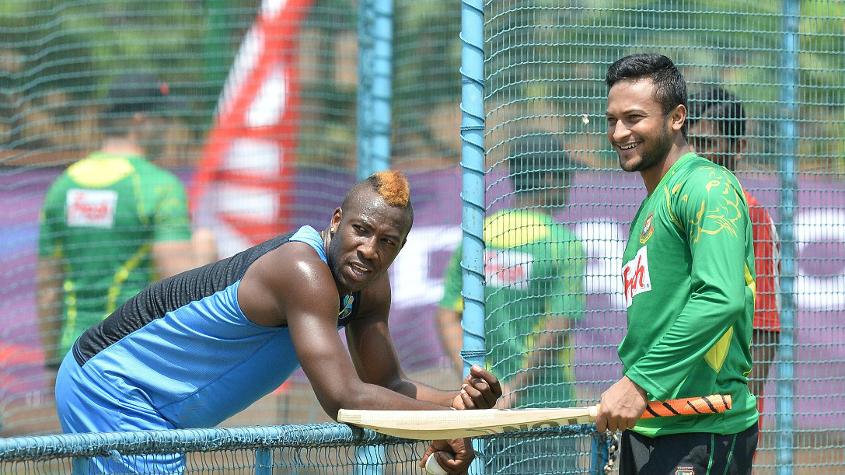 After winning the toss and electing to field, the Windies had Bangladesh on the ropes in the very first over of the game. Both the openers went back with golden ducks as Ashley Nurse struck twice, and it became increasingly difficult for Shakib and Co. to fight back. The middle order tried to regroup, only for a wicket to fall each time they tried to accelerate. "You cannot blame them (the openers) because in this kind of format you have to charge from the very beginning. The important thing was that we lost wickets at crucial stages," said the Bangladesh captain. "Even after the early wickets, me and Liton (Das) had a good partnership but we lost our wickets in the last over of the Powerplay, which was a setback for us. 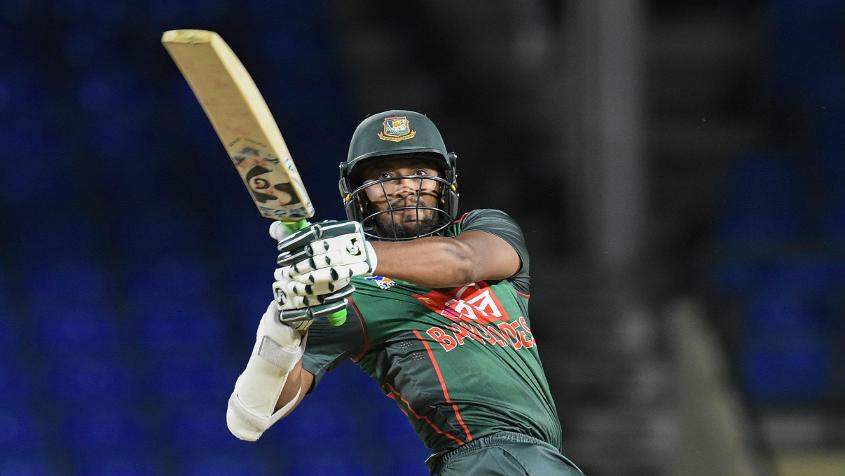 "Mushfiqur (Rahim) and (Mahmudullah) Riyad had a good partnership, and then Mushfiqur lost his wicket. We lost wickets at crucial stages and that is why we never had the momentum." There were initial hiccups in the Windies chase too, as Andre Fletcher and Evin lewis were dismissed by Mustafizur Rahman with 10 on the board. However, Russell and Samuels combined well to put up a 42-run stand for the third wicket before Rovman Powell came in and smashed two sixes to complete the win. The second T20I of the series will be played on Sunday in Lauderhill in Florida.