Neither I will tolerate blackmailing, nor compromise on accountability: PM 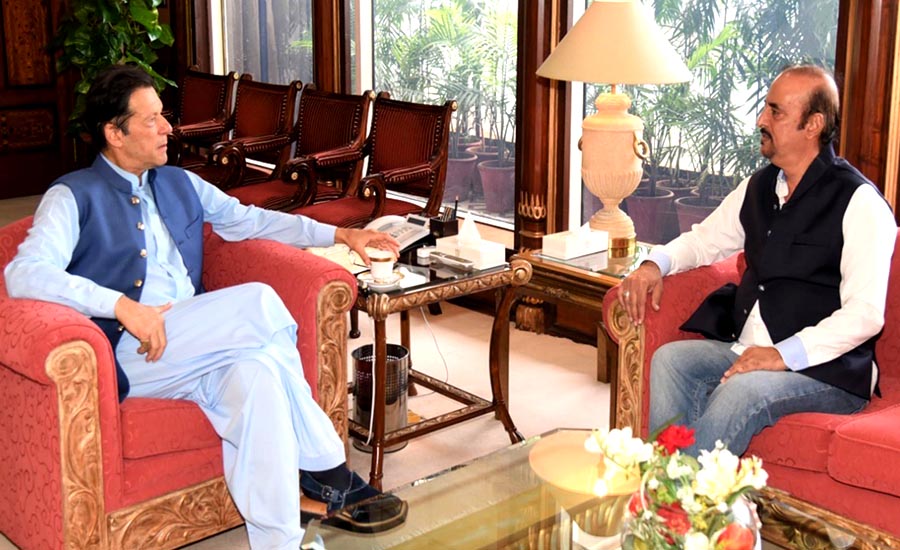 Neither I will tolerate blackmailing, nor compromise on accountability: PM

ISLAMABAD (92 News) – Prime Minister (PM) Imran Khan on Thursday harshly said that neither he will tolerate any type of blackmailing nor compromise on accountability process. The prime minister expressed his commitment while talking to Pakistan Tehreek-e-Insaf (PTI) leader Babar Awan, who called on him in Islamabad. During the meeting, he said that the government will not bow down to any blackmailing and across-the-board accountability process will continue in the country at all costs. “Those who were creating hurdles in the process of accountability will face disappointment,” PM Khan said. He maintained the government was striving hard for economic stability, growth and prosperity in Pakistan. Meanwhile, they discussed current political situation, economic reforms, situation in occupied Kashmir and other issues in the meeting. On the occasion, Babar Awan lauded the historic struggle of the premier against mafias ruling in the country for last 50 years. He said that for the first time PTI-led government was steering the economy in the right direction. Babar Awan termed the transparent and across the board accountability a great achievement of the incumbent government. Earlier, JUI-F chief Maulana Fazlur Rahman has announced to hold anti-government protest as ‘Azadi March’ towards Islamabad on October 27. Addressing a press conference on Thursday, the JUI-F chief said that the JUI-F will stage sit-in at D-Chowk in Islamabad on October 27, adding that the present government was formed as a result of rigging. The JUI-F chief said that all opposition parties had agreed on the above and had called for fresh elections. “We will gather at D-Chowk,” he said, adding, “We are not ones to disperse easily.” “The country is under economic crisis due to the government’s incompetency,” Maulana Fazlur Rehman said. He maintained that the party will begin its ‘Azadi march’ on October 27 towards Islamabad. “All caravans will reach Islamabad across the country. We will express solidarity with the Indian Occupied Kashmir (IoK).”