Nemov values People Power protest as much as precious stash 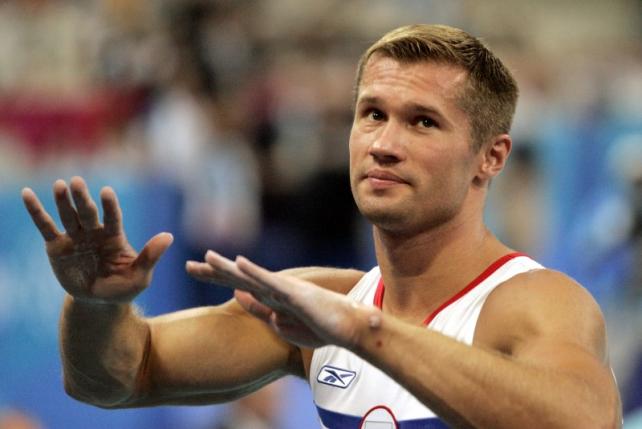 Nemov values People Power protest as much as precious stash

LONDON/MOSCOW - For a gymnast who won Olympic medals in every men's event barring the rings, it is perhaps a little poignant that Alexei Nemov invokes the spirit of JRR Tolkien whenever he lays eyes on his vast stash of priceless valuables. "Remember in the film Lord of the Rings when Gollum says: 'My precious'? My medals are my precious," the charismatic Russian told Reuters in a telephone interview in the lead-up to the Rio Olympics. "When I look at them, I remember what I had to go through in order to be victorious... the memories come flooding back." Those memories include striking gold in the team and vault finals at the 1996 Atlanta Games. Two more top prizes followed in the all around and horizontal bar finals at the Sydney Olympics four years later. His hoard of 12 Olympic medals also included two silvers and six bronzes across the two Olympics. Hence when he decided to stick around to have a final stab at a third Olympics in 2004, he was not planning to simply make up the numbers in Athens. After all he was a human flying machine who captivated audiences and judges alike with his daring yet elegant gravity-defying skills. However, at the birthplace of the modern Olympics, it seemed as if the judges has fallen out of love with the man now known as 'Sexy Alexei'. After Nemov executed a horizontal bar routine with six showstopping release-and-catch manoeuvres, he was awarded 9.725 -- a score that left him trailing third with several athletes still to compete. "It would be a sin for me to complain about my fate but there were cases when I could have added more medals to my collection... there were some controversial incidents," said the 40-year-old, who famously went to compete at the 2000 Olympics without seeing his newborn son. "My coach and I had prepared that (Athens) programme for four years in order to try and get as close as possible to first place. I think we did this, despite the opinion of the judges... who were not on our side. "I did everything that I could at the highest possible level." It was at this point that "people power" took control as thousands of booing and jeering fans held up the competition for almost 15 minutes as they demanded that Nemov's score be revised. Faced with a baying crowd who would not mute their deafening protest, the judges were forced to bump up Nemov's tally to 9.762. Although the score failed to lift Nemov on to the podium, the Russian knows that the memories of what happened that day were worth more than any medal would have been. "I would like to thank all the people who supported me at that difficult moment. They understood that what was happening was unfair and made their own protest," added Nemov, who now works for the Russian Olympic Committee and is also the vice president of the Russian Gymnastics Federation. "During my career, I had never left an Olympics without a medal (before Athens). This situation really helped me emotionally as I was astounded by the understanding and support from the public." That controversy, along with what transpired in the men's all-around competition when South Korea's Yang Tae-young was robbed of the gold due to judging error, led to the abolishment of the perfect 10 scoring system in gymnastics. It means Nemov's name is inextricably linked to a watershed moment in gymnastics -- and he could not be prouder. "Thank God that everything happened as it did. Thanks to fate, I managed to finish my sporting career honourably," he said. -Reuters