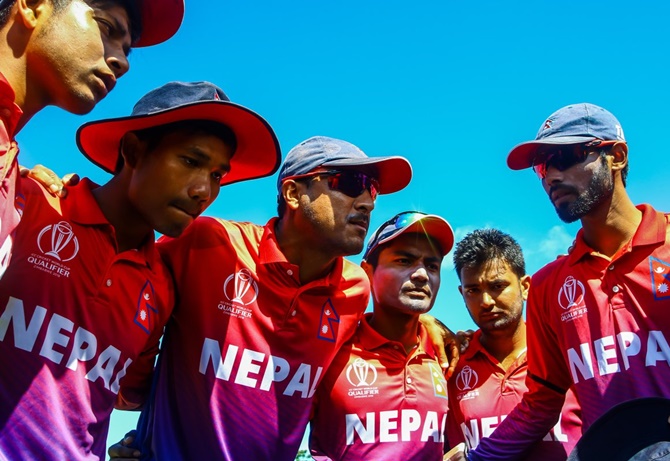 The Paras Khadka-led team beat Papua New Guinea on Thursday and then watched the Netherlands defeat Hong Kong to secure Nepal’s elevation to the group of four teams with temporary ODI status until 2022.

Scotland, the Netherlands and United Arab Emirates are the other three teams in that bracket, one below the 12 sides that enjoy permanent status.

Nepal’s feat is even more impressive since their cricket board remains suspended over government interference in its operation.

“It’s massive. It’s something we have worked towards for a very long time,” Khadka was quoted as saying in an ICC media release.

“We’re very glad that we’re winning games through different situations, players are standing up and everyone’s contributing. As a captain I’m very happy to lead such an amazing bunch of boys. We’ve always been hungry to do well.”

Spinner Sandeep Lamichhane, who claimed 4-28 against Papua New Guinea, posted a photograph of the team’s celebration in Harare on Twitter.

“...A big proud day for all the people of Nepal What a beautiful journey so far. Together its Possible. Nepal - An ODI Nation!” the 17-year-old tweeted.