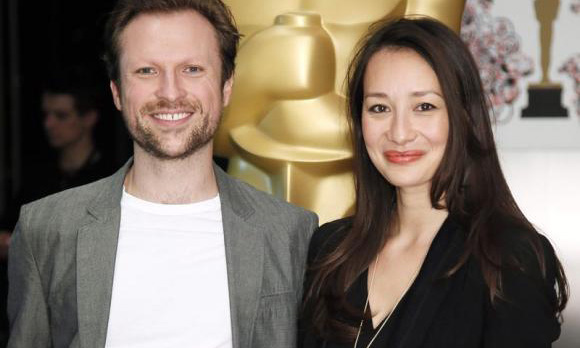 LOS ANGELES (Reuters) - Netflix Inc, the streaming video pioneer that shook up Internet television with "House of Cards," loped into the heart of the Hollywood film world this awards season on the backs of some captivating mountain gorillas. In a sign of the company's ambitions, Netflix mounted a high-profile campaign to win the feature documentary category at Sunday's Academy Awards with "Virunga," the story of rare gorillas threatened by unrest and oil drilling in the Congo's Virunga National Park. It ran full-page ads in The New York Times, took over billboards in Hollywood, and hosted a screening attended by Bill and Hillary Clinton. Executive producer Leonardo DiCaprio helped promote the film. Netflix Chief Content Officer Ted Sarandos was a fixture on the Hollywood awards circuit, rubbing shoulders with top producers, actors and directors as the company adds to its documentary slate and moves into original feature films. Its visible Oscar push is one way Netflix aims to expand the reach of documentaries, Lisa Nishimura, Netflix vice president of original documentary and comedy, said in an interview. Most documentaries that make it to theaters come and go quickly. The original documentaries on Netflix's subscription service can live on-demand for years. "We are bringing these films to a very global audience," Nishimura said. "You start that conversation and people can easily access and continue to grow the profile of that film." "Virunga" debuted in a limited number of theaters and on Netflix in November. The company does not release viewership figures among its 57 million subscribers in 50 countries, so it is unclear if big audiences have watched "Virunga" or other Netflix documentaries such as "Mitt," "Mission Blue" or "The Square," an Oscar nominee last year. The service can stimulate interest using viewer data for personalized recommendations, Nishimura said. A customer, for example, might prefer romantic comedies on Friday night after a busy week but gravitate to documentaries on Sunday afternoon. If Netflix's computer algorithm detects that pattern, it can suggest documentaries when a person is most likely to watch. "Being there at the time the consumer is ready is really the secret," she said. Awards experts say "Virunga" could pull off an upset win at the Oscars, though the favorite is "Citizenfour" about U.S. government whistleblower Edward Snowden. "Citizenfour" was released by The Weinstein Company's Radius-TWC unit. A victory for Netflix would burnish its Hollywood credentials as it faces competition from streaming outlets like Amazon.com Inc. Netflix is adding documentaries such as "What Happened, Miss Simone?," the story of singer Nina Simone that premiered at the Sundance Film Festival. Nishimura and her team will visit film festivals around the world in search of new titles, she said. New distributors such as Netflix and CNN Films, owned by Time Warner Inc, have boosted interest in documentaries and encouraged filmmakers to push boundaries, said Laura Poitras, director of "Citizenfour." "We’re seeing this expansion of what non-fiction can be in storytelling," Poitras said. "I think they're more thrilling than a lot of fiction films."