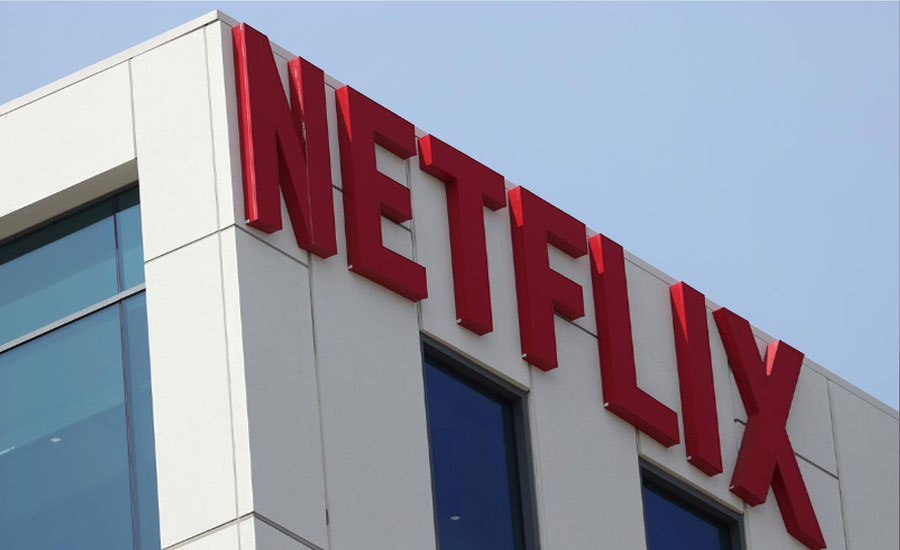 (Reuters) - Wall Street brokerages stuck to a positive outlook on Netflix Inc on Thursday, betting that a strong content slate for the rest of 2019 would reverse shock second-quarter losses in US subscribers that sank its stock price. Netflix shares fell about 11% on worries about its earnings report on Wednesday that showed lower-than-expected global growth and signs of trouble in its US base ahead of Walt Disney Co’s much-awaited launch of a rival service later this year. Netflix, whose price-to-earnings ratio is by far the largest of the five big US tech companies making up the so-called FAANG group, has quadrupled in value since 2015 but at $321 per share is down $100 from 2018 peaks. The other FAANG companies are Facebook Inc, Amazon.com Inc, Apple Inc and Alphabet Inc. The April-to-June period tends to be seasonally weak for Netflix in the United States, where warmer weather and longer days keep viewers outdoors. Brokers Cowen & Co said Netflix had missed expectations for second-quarter subscriber numbers three times in the last four years. This year, however, the Los Gatos, California-based company set a series of aggressive price hikes, and lost U.S. subscribers for the first time in eight years. “They raised prices in the US by an average of $2 per month, and most subscribers learned about their increase during Q2,” said Wedbush Securities analyst Michael Pachter. “I think that was a much bigger driver of churn than a dearth of content.”

Ten Wall Street brokerages cut their share price targets to reflect Thursday’s fall, but did not downgrade the stock, still seen by a majority of Wall Street firms as a high-potential growth business and a clear “buy”. The relatively small price drop in the company’s $12.6 billion of junk bonds affirmed the view that the second-quarter results are a blip. While all Netflix debt weakened on Thursday, the biggest price moves were just 2.5%, like on the 6.375% bond coming due in May 2029 worth $800 million, according to Refinitiv data. “We’re not concerned. We’re still keeping to our forecast,” said Neil Begley, senior vice president at Moody’s Investors Service. The credit market’s faith in Netflix has allowed it to borrow at very cheap rates to fund content creation and acquisition. That is unlikely to change based on the disappointing second-quarter results, said Begley. Netflix bond prices did not fall enough to attract bargain hunters. “I’d be looking for a 300 basis point spread or so in a new 10-year deal as fair value,” said John McClain, portfolio manager at Diamond Hill Capital Management. The spread on the 6.375% bond due in 2029 is around 275, he noted, “so I’d want a 325 basis point spread to get interested.” While competition is set to heat up with the upcoming launches of Apple TV and Disney+, several analysts said Netflix’s global reach is likely to give it an edge. Netflix added just 2.83 million international paid streaming subscribers, compared with Street expectations of 4.8 million, but it now has 151.6 million worldwide, dwarfing its nearest rivals Amazon Prime and HBO. “By 2025, based on Disney projections, it looks like Netflix will be spending at least five times as much on content as Disney+,” said Pivotal Research Group analyst Jeff Wlodarczak.
“I also think Disney+ is likely to help accelerate consumers away from traditional Pay TV toward OTT (content over an internet connection) which should benefit Netflix.” The company raised prices in Britain, Switzerland, Greece and Western Europe in the quarter, testing the waters in some of its wealthiest markets at a time when it is still spending massively more than it earns to win the content battle. Netflix began the third quarter with the release of its 1980s-set smash-hit “Stranger Things” and will follow with new seasons of “Orange is the New Black” and “The Crown,” as well as the eagerly awaited Martin Scorsese movie “The Irishman.” “We would note Netflix misses have been followed by strong quarters, and, along those lines, we expect Netflix’s very strong 2H slate will lead to a rebound in sub growth,” Credit Suisse analysts wrote in a client note.