Never allow anyone to snatch right of Sindh, warns Zardari 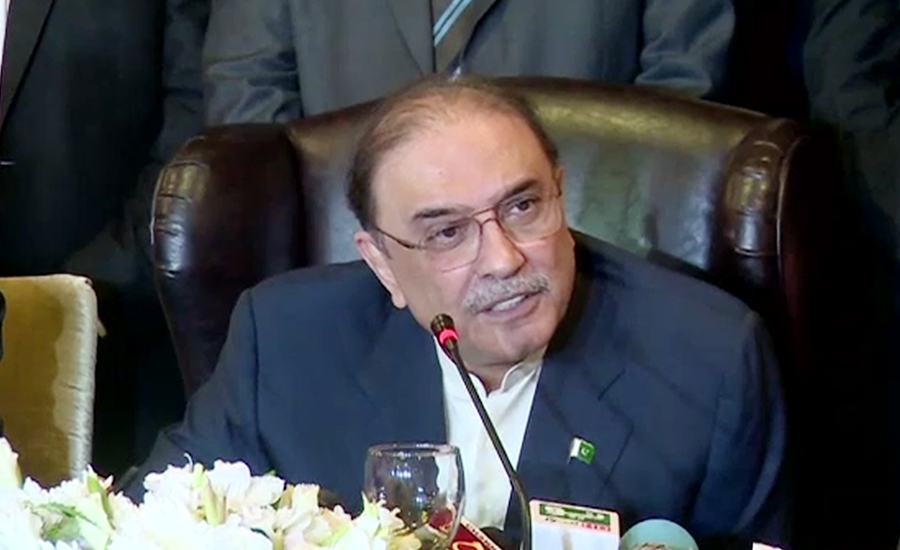 Never allow anyone to snatch right of Sindh, warns Zardari

BADIN (92 News) – Pakistan Peoples’ Party (PPP) co-chairman Asif Ali Zardari on Thursday stated that if the all governments compare to PPP’s tenure, his government better from them, warning that none will be allowed to snatch the rights of Sindh. Speaking to the journalists in Lawari Palace, the former president said that the Pakistani government can only be run with the real representatives. He also declared the best government as PPP tenure. “Let see on the internet, our government is better than all of ruling powers,” he termed. Zardari stated that the incumbent rulers are being helped by different sides but the PPP government did not get assist from any side, however, the country can be run with only real representatives of masses. He further explained that Pakistan has been made by Sindh and Bangladesh Assembly. He asked to quit the snatching rights of Sindh Assembly. The former president said that they would be accountable who did wrong, adding that the public wants to see the real leadership in forward.